The Week Ahead JUN 23 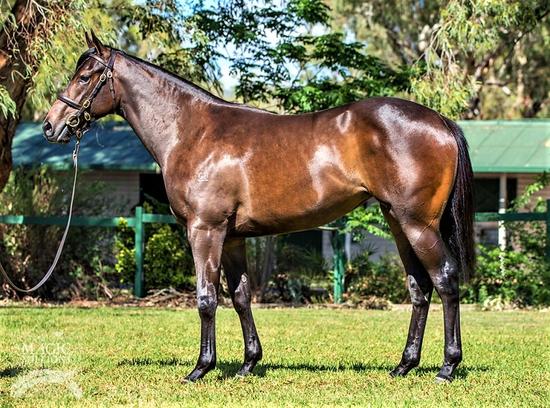 Proven Thoroughbreds will roll out a pair of two-year-old trial winners from the Steve O’Dea stable this week.

THINK GLORY (by SO YOU THINK) and RED RUBI (by RUBICK) were both impressive trial winners at Doomben on June 18 and have been nominated for three meetings this week in a bid to sidestep wet tracks and avoid the pair clashing in the same race.

THINK GLORY (pictured) is the from the same family as Gr 1 Cox Plate placegetter REKINDLED INTEREST while RED RUBI is a half-sister to Proven Thoroughbreds’ multiple stakes-winning stablemate SCALLOPINI – who also happens to be racing this week in the Listed Spear Chief Handicap (1350m) at Doomben.

Another runner of interest this week is the Joe Pride-trained SNIPPY FOX. The daughter of Foxwedge has won two of her three career starts and was beaten less than a length in a recent trial at Warwick Farm.

NICCONITA had no right figuring in the finish of last Friday’s 1000m Federal. Lumped with 60kg over a distance she had never previously contested, the five-year-old mare rattled home to finish only 0.2 lengths from the winner after being held up on straightening. Always pleasing to see an older mare come back so well. Considering that her only first-up success to date was more than two years ago over 1200m, she looks to be in for a fruitful preparation.

Comment: Pulled up with mucus in her throat last start when beaten 3.9 lengths at Warwick Farm over 1100m. Comes back to provincial grade and rises to 1200m which should suit.

Comment: Talented filly resuming off only one trial but is capable of figuring over 1000m fresh.

Comment: Continues to race in great form, beaten only by the barrier last start when third in the Listed Ascot Handicap over the 1200m at Eagle Farm. Would love to see him draw a gate here.

Comment: Won a 1000m trial by three-quarters of a length without being pressured. Obviously lacks race experience but looks to have talent.

Comment: Put in a much improved run last start, finishing on the heels of the placegetters here over 1100m. She’s third-up now so should be near enough to peak fitness.

Comment: Might have chased home a smart one first-up. Sure to have taken improvement and step up to 1200m suits.

Comment: Lightly-raced colt who resumes off the back of a comfortable trial win earlier this month. Easily disposed of older horses at Grafton first-up last preparation and placed at Eagle Farm in his only other career start.

Comment: Won a 1000m trial by three-quarters of a length without being pressured. Obviously lacks race experience but looks to have talent.

Comment: Improved sharply from her first trial to her second trial, winning by 3.25 lengths over 1000m. Looks ready for the races now.