The Week Ahead JUL 7 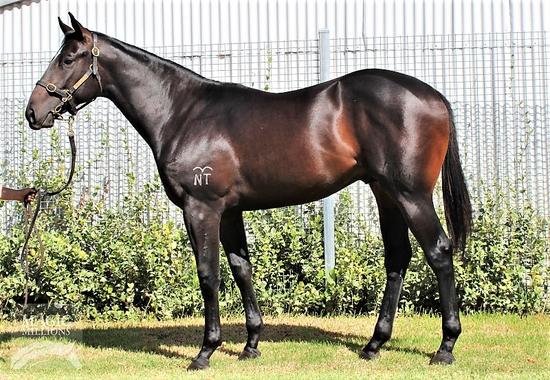 A pair of two-year-olds are set to kick off their careers this week for Proven Thoroughbreds, including an impressive barrier trial winner from the Joe Pride stable.

The gelding, named PRIVATE EYE (pictured), won an 845m trial under minimal pressure at Wyong last Wednesday, and returns to the central coast track this Saturday for his race debut.

Proven purchased the son of AL MAHER for $62.5k at the Adelaide Magic Millions yearling sale.

The other first-starter for us this week is the Steve O’Dea-trained HIGH HANDED (CHOISIR), who runs at Doomben’s Wednesday meeting.

GREENSPAN struck a very heavy track at Randwick last Saturday but needed to have a hit-out first-up to get him fit for longer races. So it was a pleasant surprise to see him run on and finish fourth behind some much fitter horses. He’d never previously handled wet ground so he might be in for a career best preparation.

Comment: Always hard to get a guide on first-starters but he’s shown enough in trackwork and trials to indicate he will be competitive at the races.

Comment: Consistent type who returns from a freshen-up here and is likely to get his preferred track conditions. Has performed well fresh in the past and has placed in his last three starts at Doomben.

Comment: Coming off an excellent first-up run when narrowly beaten over an unsuitably short distance. Rises 300m now and gets a handy 3kg claim.

Comment: Forget run last time when she got over-racing on a heavy track. Third-up over 1400m she gets her chance show something here, particularly on her home track.

Comment: Racing like she is looking for further and gets that here having contested races between 1100m and 1200m so far this preparation.

Comment: Broke through stylishly last start and can go in with it back on her home track. An inside draw again would be preferable.

Comment: Motored home late to just miss over 1640m at Doomben last outing. Hopefully can settle closer up to 1700m and prove hard to beat.

Comment: Sound enough run first-up coming off only one trial. Sure to improve and won over this distance second-up last campaign.

Comment: Impressed in a recent barrier trial win at Wyong. 1100m may ultimately be short of his best trip but has to be considered a winning chance in maiden company.

Comment: Racing like she is looking for further and gets that here having contested races between 1100m and 1200m so far this preparation.