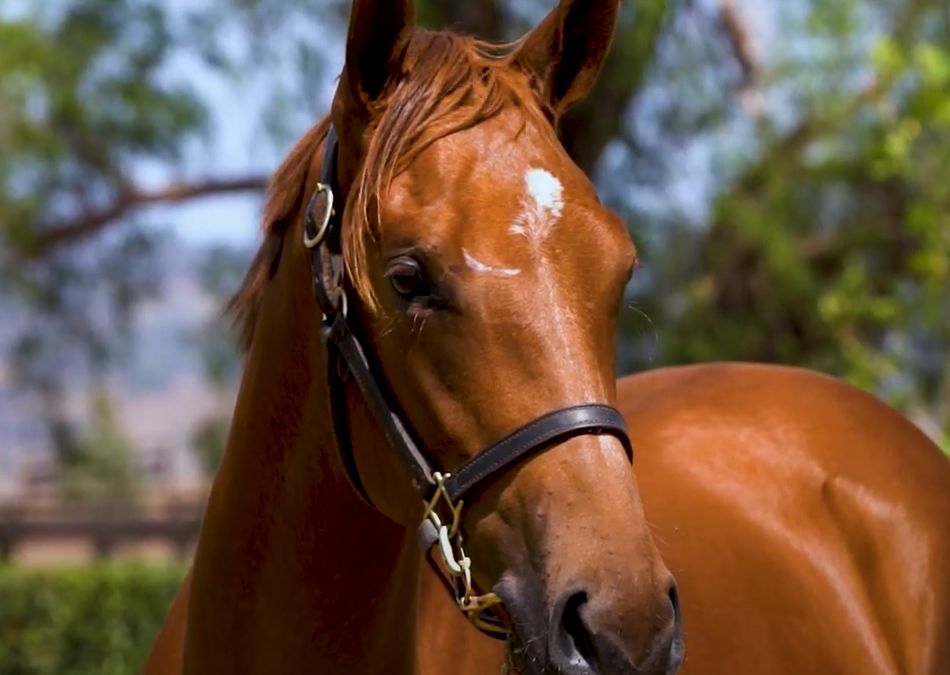 Despite a first crop of only 48 live foals, EXTREME CHOICE has drawn first blood in the freshman season sire stakes with two trial winners from just four starters!

A son of NOT A SINGLE DOUBT who won the G1 Blue Diamond at two and G1 Moir Stakes at three, EXTREME CHOICE appeared destined for commercial success at stud.

But nature got in the way as fertility issues limited his first crop to around 30% of some of his contemporaries.

So it’s quite extraordinary that two of his progeny have won September 2YO trials whilst another two have finished fourth. Clearly, he is producing precocious types!

Parallels can be drawn between both of those trial winners and the EXTREME CHOICE x WILDLY ENTERTAINED filly (main picture) Proven purchased earlier this year.

AVARICIOUS, which was seen winning a Randwick heat earlier this week, went through the same sale (Magic Millions Gold Coast January Sale) AND draft (Sledmere Stud) as the filly from WILDLY ENTERTAINED, while the other winner (an unnamed colt in New Zealand) is bred on the same STORM CAT broodmare sireline cross as our filly.

And trainer Steve O’Dea believes the WILDLY ENTERTAINED filly also has the makings of an early 2yo runner.

“This filly had been working with the EXCEED AND EXCEL x NEXT MEETING filly but got cast in her box a few days before she was due to have a jumpout.

“As it turned out the EXCEED AND EXCEL won the jumpout by the best part of 10 lengths and I thought the EXTREME CHOICE filly had been working every bit as good as her in the lead up.

“She’s fine now and spelling a treat at Kolora Lodge and I think we are going to know a lot more about this filly when she comes back into the stable in a couple of weeks.”

For reference here is footage of the jumpout won by the EXCEED AND EXCEL x NEXT MEETING filly.

There is 30% left in the EXTREME CHOICE x WILDLY ENTERTAINED filly, who is registered for BOBS and the Magic Millions Womens Bonus worth $750,000. 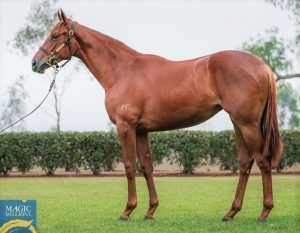