Turning Point for Tamarack Heralds The Week Ahead (FEB 17-24) 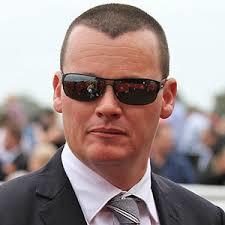 It’s been a frustrating 12 months for the owners of TAMARACK and trainer Joe Pride (pictured) since the promising galloper whalloped his rivals in a 1300m Maiden at Newcastle.

A couple of preparations and four unplaced runs later, the REDWOOD gelding regained his mojo with a first up win at Canberra culminating in a brilliant victory at Canterbury Friday night.

A $90k purchase from the 2015 NZ Karaka Sales out of the Westbury Stud draft, TAMARACK could well be on the way to a useful staying career. Having the turn of foot to win over 1200m and then producing a sharp sprint over 1900m after being held up for most of the straight, is a rare quality. Trainer Joe Pride has always rated the 4 year old but has been as disillusioned as his owners witnessing a series of failures. Clearly the horse has been looking for ground.

That was PROVEN’S 7th victory in as many weeks for 2018 so we’re right on target to equal 2017’s record year of 49 winners. The week ahead kicks off at Randwick Saturday with the accomplished miler TAHSIN lining up on his home track for John Thompson and his apprentice Blaike McDougall.

In Qld consistent mare SORNJA has her second try at 2000m at Doomben Saturday though the Heavy ground is not ideal for her. Meantime 5 time winner LOTHARIO will be reserved by trainer Steve O’Dea for a less challenging event at the Sunshine Coast Sunday where promising 3 year old WAS IT WORTH IT makes his long awaited return to the races following an incident in the tie up stalls at Doomben last week. The 3 year old knocked his head on the beam above the stall prompting his withdrawal.

Thursday sees the return of SO YOU THINK filly DISCREET CHARM in a 1200m C1 for fillies and mares at Gosford. She’s a last start winner at Hawkesbury and will be afforded the opportunity to contest better races if she takes the necessary step. BOSTON BLUES, another 3 year old with staying pretension, lines up in a 2100m Maiden on the same card also from the Thompson yard.