Top day at the office sealed with a KISS! 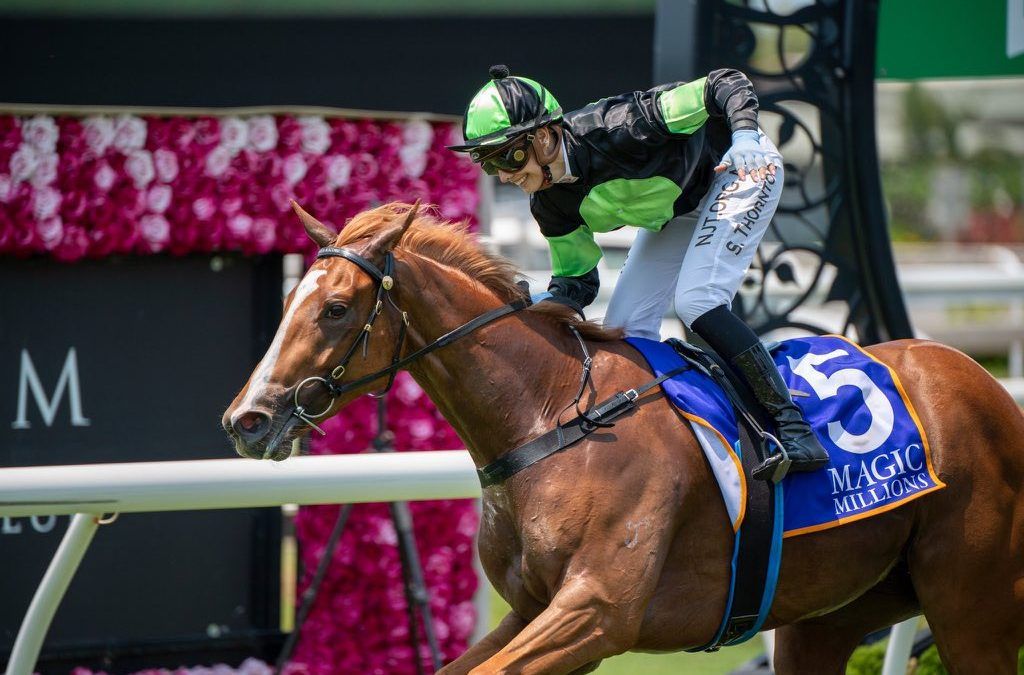 The familiar trainer-jockey combination of Steve O’Dea and Stephanie Thornton was on show in the first race at Eagle Farm as GOTTA KISS surged along the rails to defeat a hot field in the $125,000 Basil Nolan Jr QTIS 2YO Plate (1000m).

The win has guaranteed the daughter of NOT A SINGLE DOUBT a start in next month’s Magic Millions 2YO Classic which could prove a financial windfall for her all women syndicate with a potential $2.1 million to be won.

Latest futures markets on the Magic Millions have GOTTA KISS priced around $9.

Just over an hour later, it was GREENSPAN’s turn to step into the limelight and the John Bateman-trained gelding didn’t disappoint, saluting in the 1300m Highway at attractive odds of $26.

The win provided Bateman with his first Randwick winner – a milestone he surely won’t forget in a hurry! 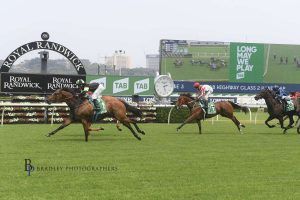 The day was rounded out with a stakes placing for SCALLOPINI, who only found one better in the Listed Falvelon Handicap (1200m), and a third for TAHSIN in the lucky last at Randwick, representing a welcome turn around in recent form.

In total, our contingent of Saturday runners collected just shy of $150,000 – not bad for a day’s work!