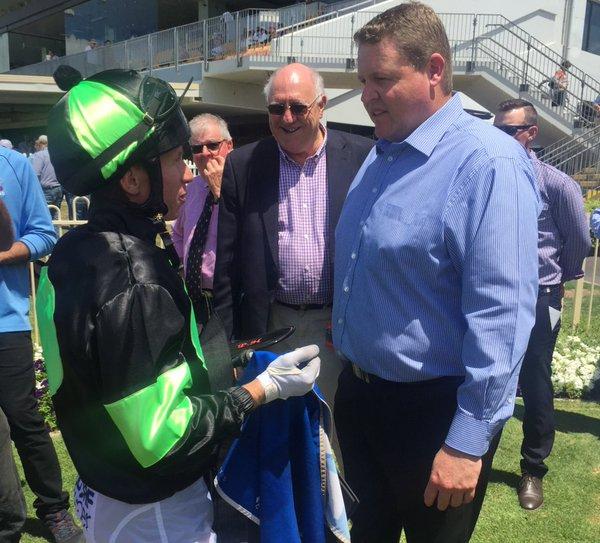 Always encouraging to dispense with the maiden status as early in a career as possible. Sunday at the Sunshine Coast Thorn Park 3yo THORNETT confirmed the promise he displayed on debut with a fighting win in the 1400m Mdn.

Jockey Paul Hammersley settled the gelding back in the 8 horse field and despite a steady first sectional, finished gamely to hit the front at the 200m and defy a pair of late challengers to win by a long neck. The month between runs and the Soft 6 surface were no burden to the horse following his first up second at the same track back in Apr.

Trainer Steve O’Dea has no ambitious plans for the Windsor Park (NZ) bred named after the famous Thornett football family, other than poking along through his grades. “He has a very stout damside but I wasn’t sure where to peg him early on. And am still not sure whether he’s a sprinter or whether he gets out over ground but we’ll just see what his upcoming runs reveal.”

THORNETT was Proven Thoroughbreds’ 9th winner of the calendar year.