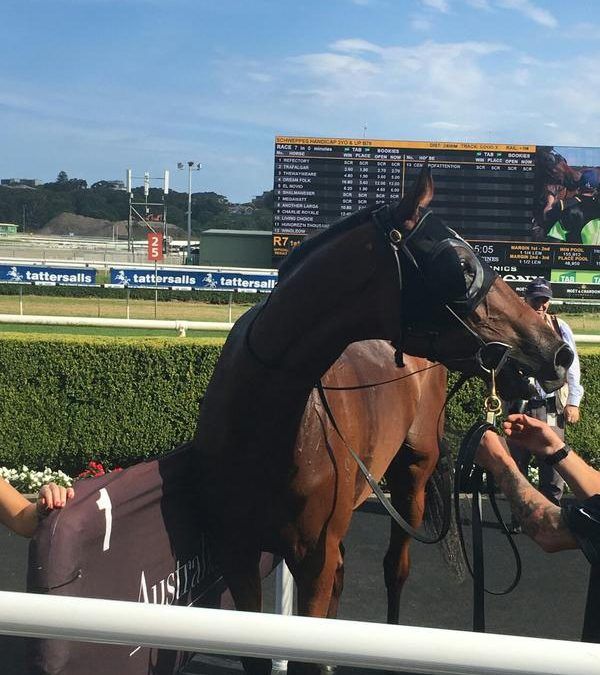 Giant gelding THEWAYWEARE made it three wins from his last four starts at Randwick on Boxing Day with another thrilling barrier to box performance. Under a clever ride from Brenton Avdulla, the horse held his challengers at bay to score by a length and a quarter, leaving a swarm of owners positively beaming as their welcome Christmas present arrived, albeit a day late!

Trainer John Thompson was impressed with the courage shown by the 5yo.

“That was a better win than his last start victory at Warwick Farm. Brenton had  had the experience of a previous ride on him (a dominant win at Goulburn in NOV 2015) and went at a good clip before gradually picking up the tempo from the 1000m and getting his rivals off the bit. I thought he showed courage to stave off the others in the straight.”

THEWAYWEARE has now won 6 from 21 all at 2000m and beyond which reveals he possesses great stamina and determination if a little shy on speed. John plans to see how he pulls up before considering whether the horse’s lengthy campaign continues or requires a break of some sort.

The victory was PROVEN THORUGHBREDS’ 25th for the calendar year and part of a winning treble for Thompson on the day.