The Week Ahead SEP 23 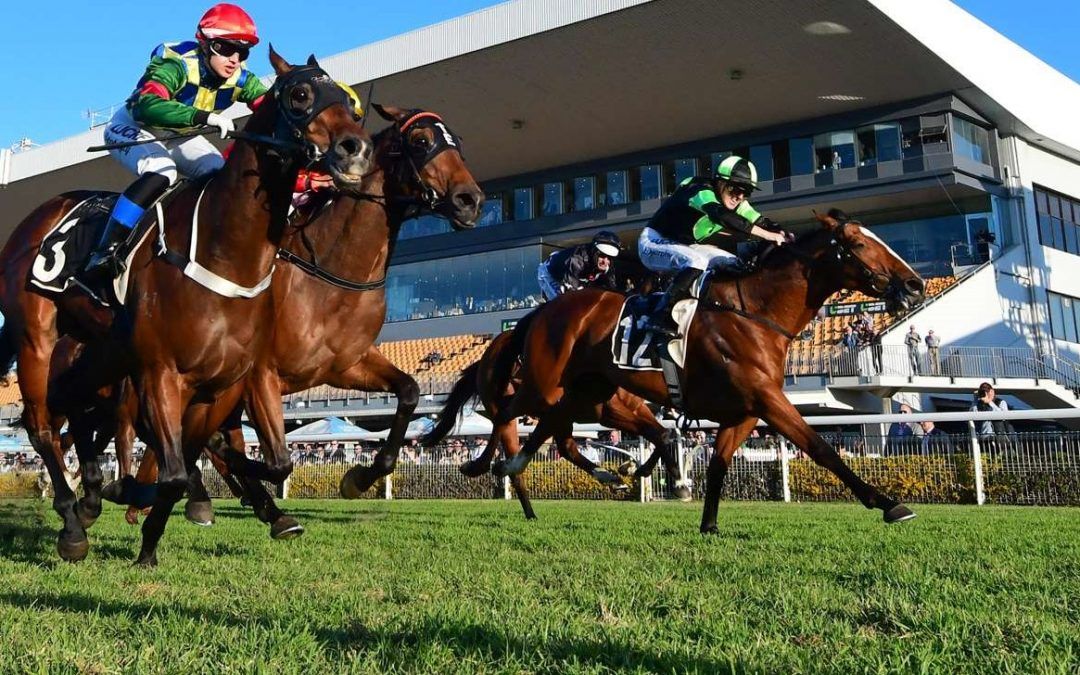 Our 42nd winner for the year eluded us last week with two second placings but with up to 10 runners this week we are well positioned to return to the winners’ circle.

RECKLESS CHOICE was one of those runner-ups but lost no admirers in the 1800m Open Handicap at Eagle Farm. Trainer Steve O’Dea is now planning to freshen up the gelding for Magic Millions day in January – where he finished a luckless second earlier this year.

This week our runners include the talented KYLEASE, who is looking to bounce back from a difficult first-up outing when she was challenged for the lead at a suicidal speed. From a favourable draw on Wednesday, we are hoping will be afforded a more forgiving run in transit.

In other news, we are down to the last 10% in the SEBRING x LAVENHAM colt with Joe Pride. SEBRING had another stakes winner only two weeks ago when WU GOK took out the Wyong Cup.

BLACKBOOKER: GOTTA KISS is a filly of ours with the Steve O’Dea camp and she has announced herself as an early season two-year-old prospect with two impressive trial wins. The all-women owned filly has done nothing but impress since going into training and the current plan is to target the first Brisbane 2yo race of the season at Eagle Farm on Saturday week.

Comment: Nice filly coming off a sound first-up effort when third at the Sunshine Coast over this distance. She made up decent ground on that occasion and should find this event a bit easier.

Comment: Always had above average ability this horse but never quite fulfilled his potential as a colt. Always interesting to see a horse’s first run as a gelding and he should be figuring in the finish here based on recent trials.

Comment: Comes out of a hot form race first-up and didn’t have a lot go right second-up. Should appreciate rising to this trip.

Comment: We knew our fate with this filly soon after the jump last start. She was taken on from a wide barrier and simply had nothing left in the tank by the end of the race – particularly being first-up. Always a risk backing a horse coming off such a hard run but she’s a tough mare and from a good gate maps much better this time around.

Comment: Simply went way too hard in front last time out and was a spent force by the 200m mark. Comes back to 1000m and will hopefully be ridden with some cover if possible.

Comment: Started from the car park at Canberra was never in it. He was caught in no man’s land midfield and wide without cover, and not surprisingly didn’t find much in the straight. He was rising from 1200m to 1600m so think he is worth another chance back on his home track.

Comment: It will be more than three weeks since his last run when he tackles this race which is some query but he has clearly been crying out for this distance and would like to see him lead or at least be put on the speed – that style of racing appears to suit him.

Comment: Was caught back and wide in a leader dominated affair first-up at the Sunshine Coast. She hasn’t figured in the finish in two runs there now so think it would be reasonable to expect some improvement switching to the Gold Coast. Her first two runs last preparation returned a first and a second.

Comment: Tough on-pacer ready to win again after a solid second when first-up over 1000m at Eagle Farm. Doomben suits his racing style and gets in with a light weight.

Comment: Sound effort behind the smart Meet Mr Taylor on her Queensland debut. Comes back from open company to a class 6 and should be in the money again provided the track isn’t too firm.

Comment: A much improved run last start saw her finish fourth in a leader-dominated event here two weeks ago. She’s third-up now so should be at the top of her game fitness-wise and if there is reasonable speed on up front she will be going close.