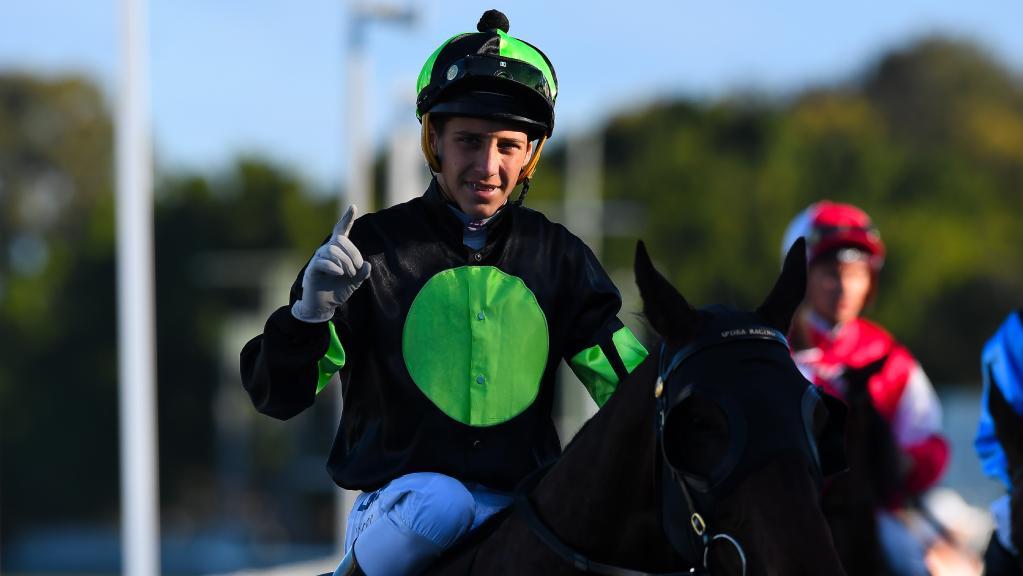 Rising apprentice Jag Guthmann-Chester (pictured) will attempt to put two on the trot for consistent gelding LOTHARIO at Doomben Saturday for the first time in his 5 win career. He’s one of several Qld runners for us in the week ahead which kicks off with TAHSIN at Newcastle Friday to open Cup Day and a huge weekend in racing around the country.

Trainer John Thompson has applied the blinkers to TAHSIN whose three runs this prep have delivered less than expected results. The long striding, lightly raced 5 year old gets his chance stepping out to 1600m on the roomy Broadmeadow circuit.

Quirky galloper REAL STING, who seems to be in career best form, has a swing at Saturday company in the 2200m B80 at Doomben. Steve O’Dea has the big son of REAL SAGA firing although the tight track will not be to his liking.

Our other Saturday runner is SO YOU THINK 4 year old RATIONALE at Newcastle in a C1 & Maiden of 1850m. Coming off a career high 3rd at Goulburn he looks well placed at just his fifth start in a race. The Thompson stable also has bright prospects for us on Wednesday when CANNNON RUN heads to a 1400m B70 at Warwick Farm. Kept nice and fresh after a slashing first up run at Canterbury, the HIGH CHAPARRAL gelding looks to be well up to this grade.

Then Friday the O’Dea camp sends luckless mare YES TONIGHT to a C1 of 1200m at the Sunshine Coast whilst Joe Pride saddles SO SPIRITED in a similar race at Canberra. On the trial front Steve O’Dea’s 3 year olds  EVERYDAY LADY and RECKLESS CHOICE contest heats at Doomben Tuesday.