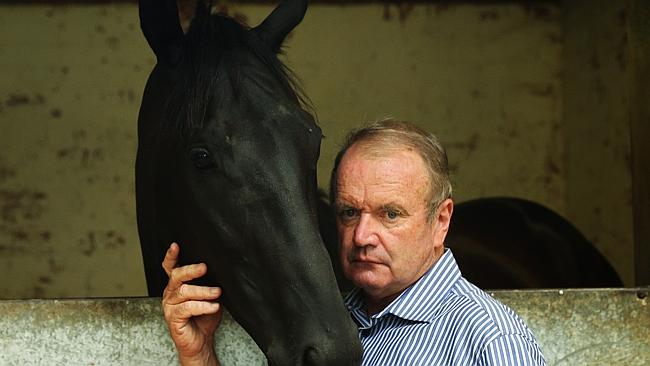 After setting a new record of yearly winners last week, Proven Thoroughbreds is looking forward to a bumper seven days’ racing, culminating in the Goulburn Cup meeting on Sunday.

MISSED THE ALARM’s photo finish victory at Eagle Farm on Saturday brought up a half century of 2019 winners for Proven. And with another two months until the new year, we still have plenty of bullets in the chamber to add to our record haul.

The Goulburn Cup meeting will also feature the sixth-running of the annual Guy Walter race, in which Proven will attempt to win for the first time with either NICCONITA or ROMALETTE. Winning the race would be a fitting recognition of Guy’s significant contribution to the business before his sudden death in May 2014.

BLACKBOOKER: It wasn’t hard to notice TAMARACK‘s first-up run at Randwick on Saturday. The resuming stayer was niggled at for most of the 1400m contest but really powered to the line late, finishing close up in fifth. The performance followed two trials where he was beaten out of sight – indicating that the old gelding has probably worked out the difference between trial and raceday. Think he has a nice staying race over the summer in him.

Comment: Led and was never in doubt at Grafton last start, kicking clear to win by more than five lengths. Has drawn the inside here and will take some beating again.

Comment: Racing consistently without winning of late. Gets the blinkers off and stays at 1600m which looks a plus. Should also appreciate coming back to this grade.

Comment: Backs up from a third place effort over a mile at Canberra last Friday. May have done a touch too much in front there and just felt the pinch late. Should be suited going back to a smaller track like Gosford as well as rising in distance.

Comment: Got a bit stirred up fresh at Warwick Farm and probably found them a bit sharp over the 1100m, finishing fifth. Certainly worthy of another chance based on past performances.

Comment: Promising filly who was doing her best work late over 1110m at Doomben on debut earlier this month. Expecting her to appreciate getting out to 1200m on a big spacious track.

Comment: Still chasing her maiden after five starts but was never going to win from where she was at Hawkesbury last start. Backmarkers typically struggle there and given they sprinted home in 33.29 seconds, her task was made virtually impossible. Forgive.

Comment: Returns from a let-up with an view to running over 1800m on Magic Millions day in January. Has the class to win but may not be as sharp as his opposition here.

Comment: Was a touch disappointing last start here when finishing just over three lengths from the winner. She was on a two week turn-around there and previous form would suggest she’s more effective kept three weeks between runs which she gets here.

Comment: Promising colt who is coming off a slight set back but his work leading up to this has been first class. Won his only start as a two-year-old in impressive fashion last season and with natural improvement can be winning this too.

Comment: Another stride and he wins last time. That was over 1350m at Wyong so you would expect a staying-bred horse like him will be mighty hard to beat over a mile at Goulburn.

Comment: Sound return at Wagga earlier this month when fifth over 1300m. Expect him to have taken significant benefit from that outing. Can only improve up to 1400m – the same distance he won over last preparation.

Comment: Resumes from a long break and is winless in four first-up attempts but was luckless here fresh last preparation.

Comment: Excellent first-up run at Wyong, finishing runner-up to a race fit rival. Broke her maiden in style second-up in her first campaign and should run well again.

Comment: Returns from a freshen-up on her home track. Talented mare on her day and can win with speed on up front.