The Week Ahead OCT 27 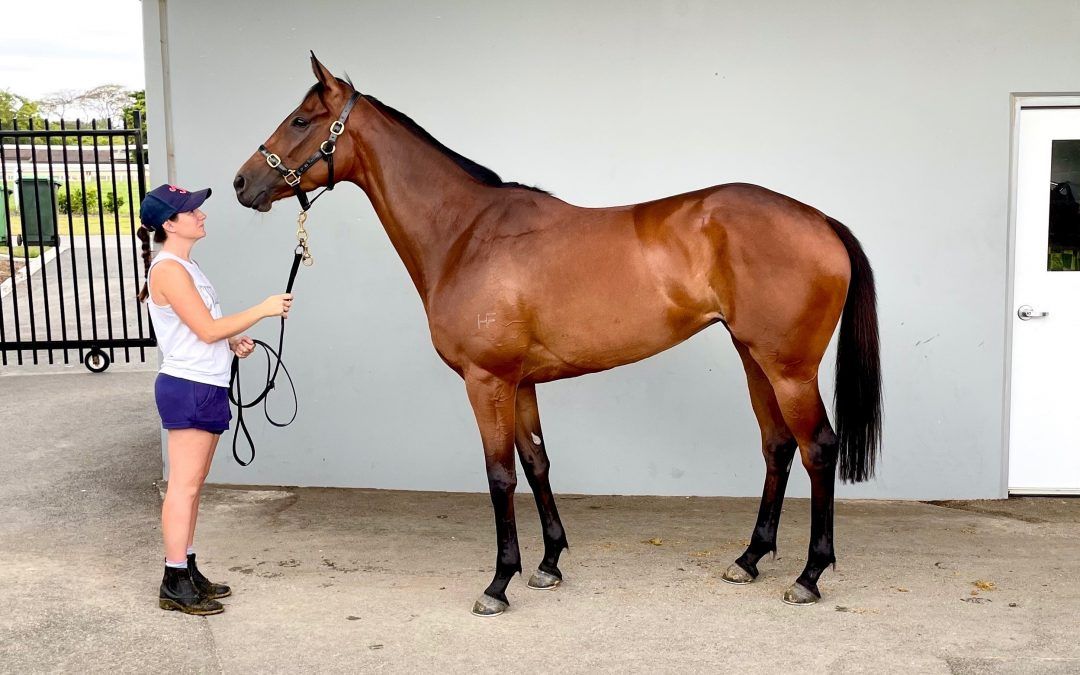 After a weekend of wet weather all along the eastern seaboard, Proven Thoroughbreds is looking towards its band of wet-trackers to keep the winners flowing.

Our team of runners last Saturday was cut from five to three after heavy rain wreaked havoc at Randwick and Doomben, resulting in the latter meeting being abandoned after six races.

However we did have some joy before the pin was pulled in Brisbane as OCEAN TREATY (pictured) notched her fourth consecutive win in the the 2020m BM72 Handicap for the newly-formed training partnership of Steve O’Dea and Matt Hoysted.

The promising daughter of OCEAN PARK goes to the spelling paddock on a high now, with a view to returning to the racetrack during the autumn and winter months.

Our runners this week are headlined by STOCKMAN, who as of Tuesday was installed the first emergency for the $7.5 million Golden Eagle at Rosehill. Being a staying-bred type second-up from a break, STOCKMAN is likely to find some of his opposition a bit too sharp over the 1500m but with a rain-affected track likely and as much as $100,000 paid down to 8th, the race was too tempting not to accept!

Another runner of interest is our recently-named 2yo filly COME CLEAN (SPILL THE BEANS x M’INDIGO), who is scheduled to debut over 900m at the Gold Coast on Saturday following an excellent barrier trial win earlier this month.

Then on Sunday we head to Goulburn for the annual Cup day meeting, where Proven Thoroughbreds will be in attendance for the Cup’s support event, the ‘Guy Walter’ for fillies and mares over 1300m.

Proven will also have a couple of runners at the meeting including last start winner MACCOMO for Joe Pride.

BETTER GET SET struck a hot field in her first crack at Saturday metro company last weekend but was far from disgraced, finishing a luckless 6th in driving rain. The stewards’ report read: “Approaching the 900 metres crowded for room by PAREDO which was taken in by CHATTANOOGA LUCY which in turn was carried in by DUSTY TYCOON. Jockey D Smith, rider DUSTY TYCOON was reprimanded under AR131(a) and advised to show greater care in similar circumstances in future. Over-raced approaching the 800 metres. Had difficulty securing clear running near the 200 metres.” This filly has always shown above average ability and is worth following.

Comment: Super consistent mare who will get conditions to suit here with a heavy track likely and a 3kg claim.

Comment: Well-ridden to win second-up over 1300m last time out. Extra 100m suits but may be looking for a touch further now.

Comment: Looks a ready-made 2yo based on her trials and jumpouts where she showed early speed and travelled well for the rider. No room for error over 900m but she should be hard to beat.

Comment: Has come on since his encouraging first-up run at Randwick over 1400m a fortnight ago. Will ultimately be looking for further but will relish the track conditions, whichever race he ends up contesting.

Comment: Broke through last start with blinkers on and a positive ride. Can adopt same tactics here with similar impact.

Comment: Improving with each run this time in and now gets up to his preferred trip of 1400m. Yet to back-up inside a week some query.