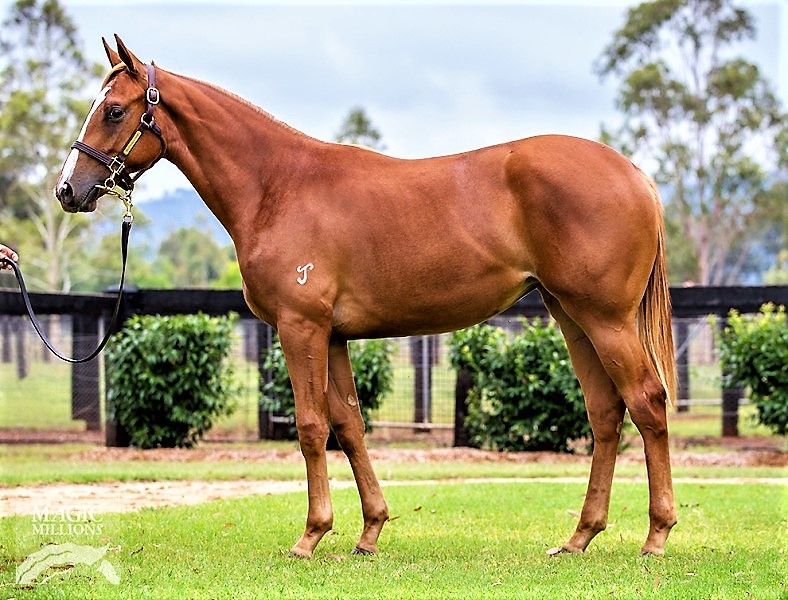 The October long weekend shapes as a busy period for Proven Thoroughbreds with runners in three states.

One horse we are particularly looking forward to is GOTTA KISS (pictured), an unraced filly lining up in Brisbane’s first 2YO race of the season on Saturday for Steve O’Dea.

Our last early two-year-old in Queensland was CANDIKA, who won a pair of pre-Christmas Saturday races before finishing a gallant third behind subsequent Golden Slipper winner CAPITALIST in the 2016 Magic Millions 2YO Classic.

Meanwhile, LAMINGTON DRIVE is down to contest the first heat of Victoria’s Melbourne Cup Carnival Country Series at Murtoa which carries a purse of $100,000.

BLACKBOOKER: THE BLACK TIDE burst back to form with a big win at the Gold Coast on Saturday. You don’t often see horses anticipate the jump like she did and it was great to see jockey Boris Thornton capitalise on the electric start and lead from start to finish. The odds won’t be as attractive next time around but she showed such immense improvement, we think she is worth following into next start. And being a half-sister to the country’s highest rated sprinter SANTA ANA LANE, a metropolitan win would be great for her broodmare CV.

Comment: Always an unknown element about a first starter but the early signs have been very positive filly with this filly – winning both her trials in impressive fashion. Sure to be hard in the market.

Comment: A classy galloper who has won almost 50% of his starts. Placed beautifully again here and if he repeats his first-up performance he will go mighty close to winning again.

Comment: Shooting for a hat-trick of wins but takes on class 6 company now so needs to keep improving. This is her pet distance and if she gets speed on up front then she can make her presence felt again.

Comment: Over-raced a touch in blinkers last start and went down by the barest of margins. Gets his chance in a race with attractive prizemoney and no reason to say he won’t be figuring in the finish like he has done in all of his previous eight starts.

Comment: Trialled well last week and although 1200m is short of his most effective trip can sprint well fresh on his home track.

Comment: Lovely staying bred filly on debut. Finished fifth in a hot trial at Doomben last month but may find this race a bit short first-up.