The Week Ahead NOV 30 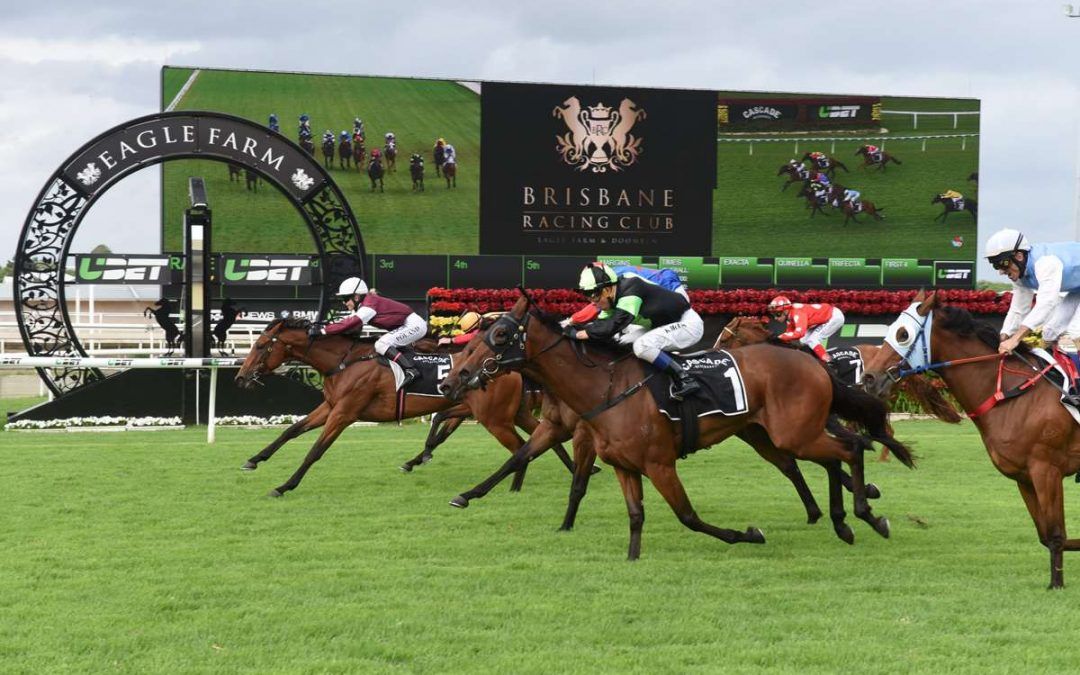 Proven Thoroughbreds has some unfinished business in the Listed Mode Stakes and we are hoping either STELLAR MAGIC or FETCH can help rectify that on Saturday.

It was in the 2016 edition of the 3YO fillies feature when Proven’s CANDIKA finished an agonisingly close runner-up to subsequent Group 1 placed filly ECKSTEIN (main picture).

Fortunately, CANDIKA went on to claim an elusive stakes race in the Listed Princess Stakes less than five months later before selling for $500k as a broodmare at the conclusion of her racetrack career in 2018.

Both STELLAR MAGIC and FETCH have undeniable chances in this year’s renewal of the Mode Stakes and a Proven Thoroughbreds win would certainly be just the tonic for one of the fillies’ part owners Stewart Roberts who also had a share in CANDIKA.

Our other runners in the week ahead include a debutante for the Kerry Parker stable named COOL RECEPTION. The daughter of KISS AND MAKE UP was a $20k purchase from the 2020 Scone Inglis Yearling Sale and was seen winning a trial by four lengths at Kembla Grange earlier this month.

MACCOMO put in the best first-up run of his career when hitting the line strongly in third at Wyong last week. As his form to date has revealed, sprint races around small tracks are not his go but on this occasion he was ridden quietly and ran home a sharp last 600m. He’s a typical late-maturing Kiwi and will be one to watch once he gets out to 1400m-1600m on a bigger track.

Comment: Out the back and stayed there in an on-pace dominated race on debut. Rises in distance on rain-affected going which appears as though it will suit and is on her home track.

Comment: Was doing his best work late first-up over this track and distance. A month between runs but has won a trial since. Top chance.

Comment: Was doing his best work late first-up over 1350m at Ipswich. A month between runs but has won a trial since. Top chance.

Comment: Really motored late to just miss the placegetters over 1000m at the Sunshine Coast. That was her third consecutive run at five furlongs and no doubt she is looking for 1200m now. Meets a similar field and will be one of the leading hopes.

Comment: Defeated older horses in convincing fashion over this track and distance last time out. Always shown above average ability and expecting her to be in the firing line again.

Comment: Disappointed on soft ground at Canterbury last start. Travelled well in the run but found nothing when let off the bit. She’s much better than that and if the track dries out she can bounce back.

Comment: First starter. Impressive four-length trial winner on a soft (6) at Kembla on November 10. If she can bring that form to the races then she’s a definite chance.