The Week Ahead NOV 17 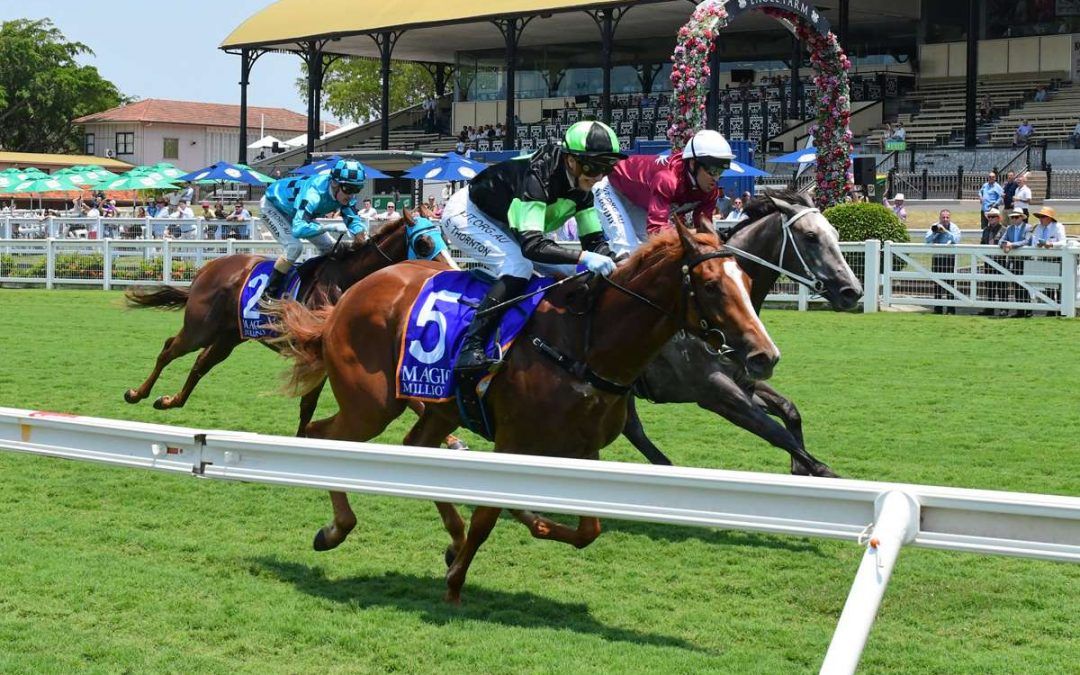 The daughter of NOT A SINGLE DOUBT is the 60kg topweight in the 1000m QTIS 3YO Handicap following a two-year-old campaign that yielded three wins and four placings from 8 starts.

Co-trainers Steve O’Dea and Matt Hoysted are preparing GOTTA KISS for another tilt at the Magic Millions carnival in January after a disastrous experience at the 2020 meeting when a traffic incident delayed her arrival on course to just 15 minutes before the $2 million 2YO event, resulting in a 12th placed finished behind AWAY GAME.

With form around SEPTEMBER RUN and ROTHFIRE, GOTTA KISS is likely to be one of the favourites in next year’s Magic Millions 3YO Guineas but firstly, she needs to perform on Saturday. Her recent trials would indicate she has come back in fine order but one can never know with two-year-olds transitioning into their three-year-old season.

GOTTA KISS will be joined by Mooloolaba Cup contender RECKLESS CHOICE and first-starter VANTAN EXPRESS on the float to the Sunshine Coast.

South of the border, STOCKMAN lines up over 2000m at Kembla Grange’s annual Gong meeting following two narrow defeats over 1800m and 1400m.

RICH LISTER started second-favourite on debut at the Sunshine Coast last Friday but endured a torrid run from a wide gate. She was entitled to tire late and finished fourth. Think she is worth another chance at her next run considering she beat the promising EXCEL IN THE SUN in a trial last month.

Comment: Shooting for a hat-trick after two determined front-running wins. Drawn the inside here and will take catching again.

Comment: Left a bit flat-footed in a stop-start affair at Hawkesbury. Certainly looking for 1400m now and should be close to peak fitness.

Comment: Solid fourth over 1100m first-up off no trials. Will improve significantly into this run and is a winner second-up.

Comment: First-up since June. Always shown glimpses of ability but has been slow to learn proper racing manners. Recent trials encouraging so wouldn’t be surprised to see the penny drop now.

Comment: Been bloused late in his last two starts on heavy tracks. Faces a good track over a suitable distance for the first time in his short career and should be right in the mix again.

Comment: Well beaten in a strong race first-up over 1100m. Wants 1200m now so as to obtain a softer lead which has produced his best results.

Comment: Passed her first test beyond a mile last start, beaten only 0.6L in a blanket finish. Rarely far away and has to be considered a chance again.

Comment: Not the best of luck last time when poking up on the inside at Doomben over 1350m. Much better suited up to a mile at the Sunshine Coast. 2nd to THE CANDY MAN in this last year.

Comment: Group 1 performed filly who will have to be on her game first-up with a hefty steadier of 60kg. 1000m is short of her best and she has bigger targets in mind, but there’s no substitute for class.

Comment: First-starter who has shown promise in his training and trials. Far from the finished product but has above average ability.