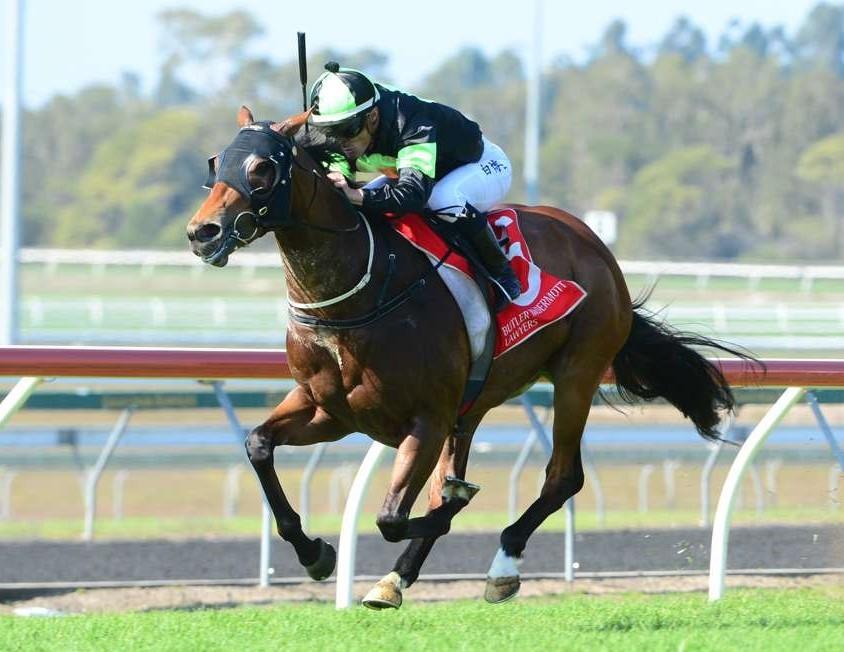 Promising three-year-old WAS IT WORTH IT (pictured) looks to get his preparation back on track when tackling 2000m for the first time at Doomben Saturday.

The lightly raced gelding has won 3 from 8 including a pair of victories at 1600m but was a beaten favourite over the same trip at the Sunshine Coast last start. A slightly better surface and longer journey will hopefully be to his advantage on Saturday.

Debutant SESAR, a SEBRING half-brother to Steve O’Dea‘s tidy galloper DOUBT DEFYING, is our other Brisbane runner Saturday in the 1200m 2yo event. Meantime at Rosehill, veteran SIR MOMENTS has his second run for trainer Joe Pride in the 1500m Group 3 Doncaster Prelude. Sent south to rejuvenate, the CHOISIR seven-year-old confronts sturdy opposition but is going well.

The weather and track at the Sunshine Coast Sunday will determine the PROVEN THOROUGHBREDS make up for the day. Handy filly SETOKA and maiden BEAU DANCER are both in doubt unless the track improves significantly whilst two-year-old SIENNA ROSE is also a query in the 1000m juvenile. One definite runner on the day for us is RECKLESS CHOICE who’s drawn the rails in the 1400m Mdn.

Monday at Rosehill, John Thompson‘s three-year-old CHOUXTORIAL lines up in the 1200m Mdn following a fair return at Goulburn.

Midweek racing in Queensland centres on Ipswich where COOL SEQUENCE goes for three on the trot in the C5 1350m. Then Thursday at Hawkesbury, the Pride-trained MASTERATI returns in a 1000m C2 and the Easter week rounds out for us in the nation’s capital Friday with UNYIELDING‘S resumption.

On the trial front, UNCLE MO two-year-old ANRAHIR, named in memory of the late Riharna Thompson, has her first public trial after the last at Canberra for Keith Dryden and Scott Collings. Up north and baby, HI ZERO by EUROZONE, has his first 800m jump out at Doomben.