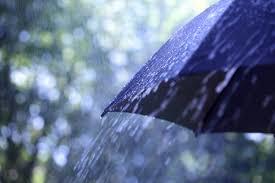 Rain and plenty of it looks like dominating the next week as we get into the depths of winter. So, a little hard to determine whether our runners will actually run let alone perform on significantly affected ground.

The lone runner Friday is the Nick Olive trained 4 year old, UNYIELDING, who returns from a spell in a B60 over the short course of 1080m at Canberra Friday. Drawn the extreme outside, his chances will depend very much on luck in running.

Saturday sees a trio of PROVEN starters heading to Kembla, weather and track permitting. Staying bred colts GREENSPAN and CHOUXTORIAL debut over 1400m for John Thompson whilst promising sprinter BROOK MAGIC, a Joe Pride filly, returns from a short spell in the 1000m Maiden. As a precaution, she’s also been nominated for an 1100m 2 year old event at Canterbury Wednesday.

YES TONIGHT finally lines up from an extended break of nearly two years in the 1000m Maiden at Ballina Monday though this meeting looks likely to succumb to the heavy rain forecast. Trainer Steve O’Dea won’t risk her on a wet track. Then LOPE DE VEGA 2 year old filly FRANCISCA contests the 1000m Handicap for juveniles if the meeting proceeds.

Handy 3 year old ARGENT D’OR has his second trial this preparation at Warwick Farm Thursday with a view to him possibly running at Randwick Sat JUN 24.