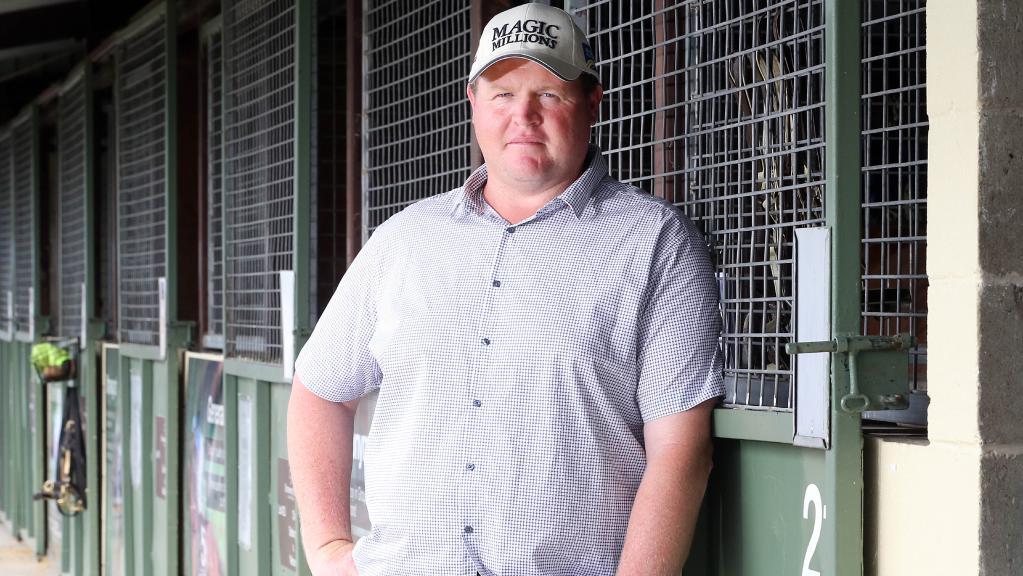 As the 2016-17 enters its closing stages Steve O’Dea (pictured) finds himself in a career best 4th position on the Brisbane Trainers Premiership. And in the week ahead Steve really cranks up the PROVEN runners with half a dozen to don the black and lime green.

Saturday sees promising filly FRANCISCA likely to take her place in a 1400m Maiden at the Gold Coast though she’s been dual nominated for Ballina Tuesday and Doomben Wednesday along with stablemates, SETOKA and the resuming CHOREOGRAPH.

At the Doomben midweek meeting O’Dea also takes the shackles off resuming stayer THORNETT, 3 year old BEAU DANCER and the lightly raced YES TONIGHT, a big mare having just her second run back from almost 2 years off.

The weekend kicks off for PROVEN with a trio of runners in the National Capital Friday. Enigmatic sprinter UNYIELDING, a constant challenge for trainer Nick Olive, attempts to redeem himself following a woeful run in a Randwick Highway three weeks ago. Also seeking a form reversal is the PENTIRE 4 year old COUNTERFIRE, who lines up in the 1750m Class 1 & Maiden for trainer John Bateman.

Bateman also saddles the hardy gelding DESTINED TO WIN in the lucky last. A consistent placegetter but seldom winner, the 6 year old commences a campaign that will hopefully yield his third career win. Saturday, the PROVEN caravan moves to Newcastle where CHOISIR 2 year old THE EXCHEQUER steps out in a 1200m Maiden for Joe Pride.

SAVABEEL 3 year old READABEEL, a most impressive victor at Sunday’s Wagga fixture at her first start for John Bateman, heads to the same venue on Tuesday for a B55 of 1600m. BELLA SCENICA, another Bateman runner, also takes her place at the Wagga meeting in a 1400m Maiden.