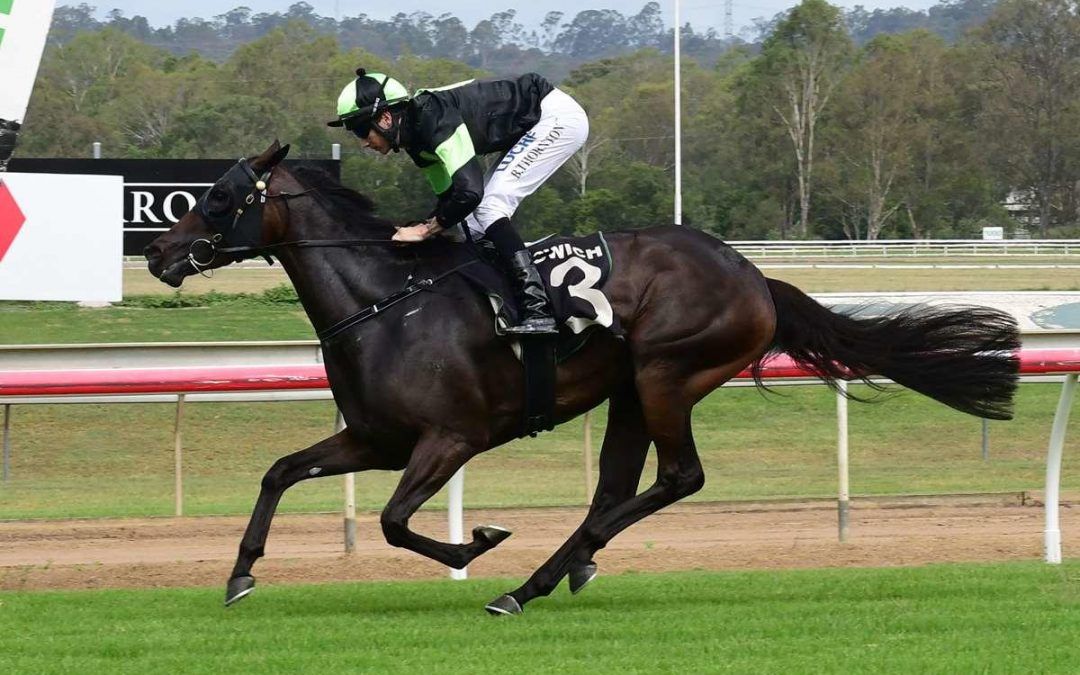 A bevy of runners in the Proven colours awaits this week as we approach the depths of winter.

As many as eight horses in the black and lime green will face the starter over the next seven days, beginning with the lightly-raced HI ZERO on Wednesday.

One of the more exciting of our upcoming runners is THE BLACK TIDE (pictured), who resumes at the Sunshine Coast on Sunday after showing promise in her first campaign. The daughter of KUROSHIO is a half-sister to five-time Group 1 winner SANTA ANA LANE.

Comment: Though winless in three starts has shown ability and resumes here off the back of a sound second in a 1000m barrier trial. Should run well.

Comment: Like HI ZERO, is still chasing his first win but has shown enough to suggest his maiden win isn’t far away. An eye-catching recent trial.

Comment: Needs to lift on recent performances but has had to lump big weights on testing tracks. The step up in distance may induce improvement.

Comment: Likely to find this too short but looked to have plenty up her sleeve in a recent trial. Can figure if the speed is on up front.

Comment: Honest type who resumes here after one trial. Yet to strike first-up but is improving with every preparation.

Comment: Makes his debut for the Steve O’Dea stable following a career in Sydney with Joe Pride. A quirky horse who needs the breaks to win but can always reel off a slick sectional.

Comment: Won on debut with some authority before narrowly missing in Class 1 company. An inexplicable failure followed which precipitated a spell and now resumes after trialling nicely. Expect her to sprint well fresh.

Comment: Last start winner looking to make it three from her last four. This race represents a rise in grade but she’s in winning form and handles all types of going.