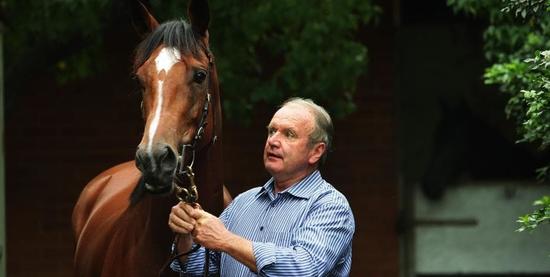 This week we remember the late Guy Walter as Proven Thoroughbreds hosts the Group 2 Guy Walter Stakes at Randwick on Saturday.

From all those he touched both professionally and personally, Guy’s legacy lives on. It’s been five years since his sudden and tragic departure but he’ll always be renowned for his quality as a trainer and a man.

Proven Thoroughbreds would simply not exist were it not for Guy.

The Australian Turf Club has kindly helped facilitate our sponsorship of the race and we hope the partnership continues for many more years to come. This year, Ron Quinton’s Dixie Blossoms is favourite to record three successive wins in the race.

On the runners front, NICCONITA will be the highlight as she tackles the Goulburn heat of the Country Championships on Saturday in pursuit of a start in the $500,000 final at Randwick on April 6.

Last Saturday in Brisbane was a big day for the black and lime green as RECKLESS CHOICE and SCALLOPINI flourished in their first look of Eagle Farm’s open spaces. We almost came away with a race-to-race treble after FRANCISCA finished a brave second, beaten only a neck!

Comment: Stayed at 1200m second-up at Newcastle and could hardly have run better, finishing hard into third. Should appreciate the rise in distance. Each-way chance again.

Comment: Was scratched last week after cutting himself on the float. The wound has healed quickly but may need the hit-out as it will be a month since he last ran.

Comment: Narrowly missed at Grafton over this trip where she was a touch unlucky. Can certainly atone third-up on a big track like the Sunshine Coast.