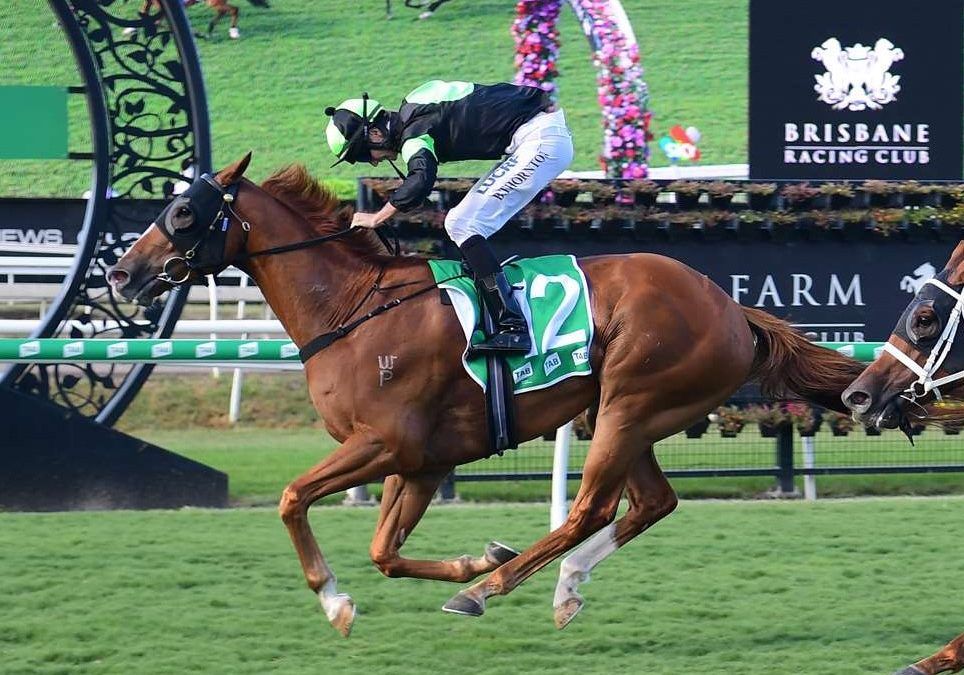 Proven Thoroughbreds could have as many as three stakes runners during Christmas week.

TAMARACK is set to run in the Group 3 Summer Cup (2000m) at Randwick’s Boxing Day meeting while RECKLESS CHOICE (pictured) will have a shot at $200,000 in the Listed Bernborough Handicap (1600m) at Eagle Farm two days later. KYLEASE has also been nominated for the Listed Christmas Classic (1200m) at Randwick on Saturday.

Proven Thoroughbreds had some early Christmas cheer last Saturday with GOTTA KISS winning the $125,000 two-year-old event at Eagle Farm before GREENSPAN got the cash at big odds in Randwick’s Highway race. Consistent sprinter SCALLOPINI also picked up a stakes placing when finishing runner-up in the Listed Falvelon Stakes (1200m) at Eagle Farm.

BLACKBOOKER: Not much went right in INVIGORATING‘s long-awaited return to racing at Eagle Farm last Saturday. She was buried away on the rails and never got a crack at them in the straight while the outside swoopers had all the momentum. The form guide will say she ran 12th of 15 but don’t be surprised if she improves significantly on that at her next start.

Comment: Was game in defeat at Eagle Farm last Saturday when third to The Candy Man in track record time. Gets back out to 2000m and has drawn well. Winning chance.

Comment: Excellent run first-up when a fast-finishing sixth on the Kensington track. Rises 100m in trip which suits and jumps from a favourable barrier.

Comment: Strong winner here last month and has been kept up to the mark with a 1000m barrier trial on December 17. Racing as though she is looking for a mile now.

Comment: Having her first start for the stable (previously with Joe Pride). Has been far from disgraced in earlier runs this preparation.

Comment: Impressive last start winner, and significantly, at her first try over 1600m. Expecting her to run well again despite coming back to 1400m.

Comment: Looked to have every chance last time out when fourth at Wagga. Did have to cross over from a wide gate there so looking for him to draw closer to the inside here and has placed in both runs on his home track.

Comment: Was back in a slowly run race here a fortnight ago. That was his first run in a month and was coming back to 1300m from a mile. Gets back out to his preferred trip here and will appreciate a strong tempo.

Comment: Only run down late here two weeks ago when setting a strong pace up front. We know she’s fast, it’s now just become a matter of harnessing that speed. Barrier draw will be crucial to her chances and likely determine which race she lines up in.