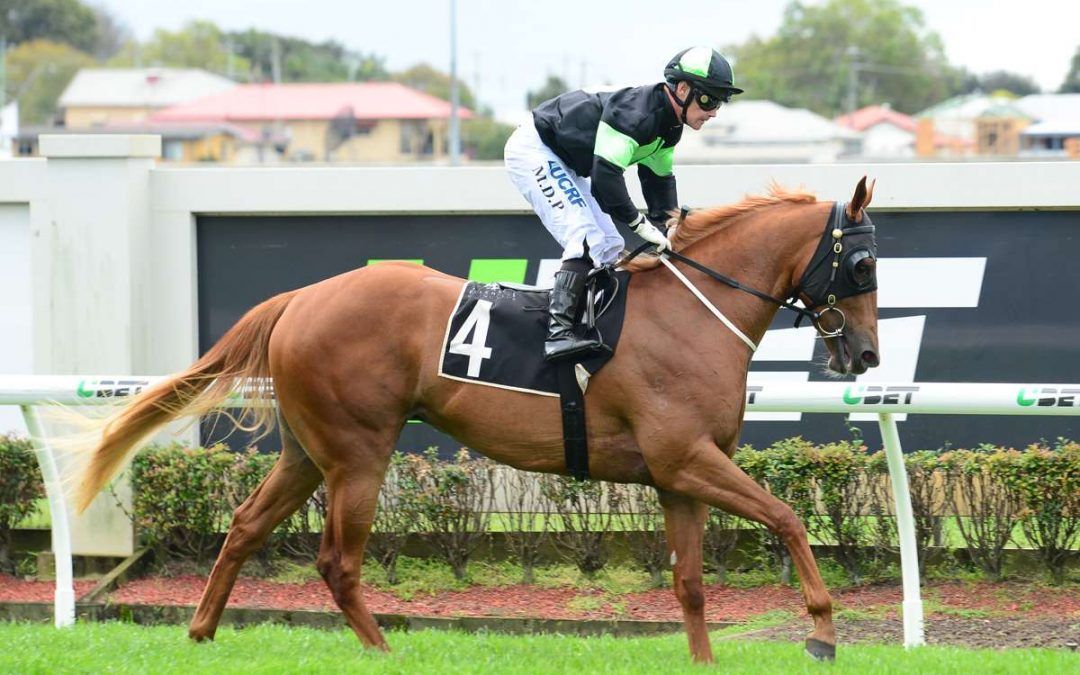 The all-ladies owned filly is down to run in the QTIS 2YO Plate (1000m) at Eagle Farm, a race which is likely to be split into two divisions due to the volume of nominations received.

With $57,050 already in the bank, GOTTA KISS has likely done enough to earn a start in the Gold Coast’s $2 million event next month, however, nothing would boost her prospects like another win!

Trainer Steve O’Dea also saddles up INVIGORATING (pictured), a promising four-year-old mare returning from a year-long injury-enforced break. The daughter of SIZZLING has won two of her three career starts, including a defeat of recent stakes winner Frangipani Moon.

BLACKBOOKER: RECKLESS CHOICE was always going to find it tough coming back to 1300m from a mile, despite being almost a month between runs. He was out the back in his usual position and couldn’t make any impression on the race as the leaders capitalized on an on-pace bias. The big chestnut gets back out to a suitable distance at the end of this month and will be much better suited in what will be his final lead-up to the Magic Millions.

Comment: Doubt she appreciated being back on the fence last time when the winner led throughout. Only six rivals have accepted here and she should be able to cross from the outside draw and take some catching on the quick back-up.

Comment: Impressive last start winner, and significantly, at her first try over this distance. Expecting her to run well again back on her home track.

Comment: Looked to have every chance last time out when fourth at Wagga. Did have to cross over from a wide gate there so looking for him to draw closer to the inside here and has placed in both runs on his home track.

Comment: Having her first start for the stable (previously with Joe Pride). Has been far from disgraced in earlier runs this preparation.

Comment: Excellent run first-up when swooping into third over 1400m at Hamilton. Will have taken a great deal of benefit from that race and gets an ideal rise in distance.

Comment: Seven length trial winner last week so looks on track to give this race a shake. Formlines have stacked up well around her and will almost surely start one of the favourites.

Comment: Talented horse who keeps improving with every preparation. Has definitely earned a crack at stakes level and is a proven fresh winner. Recent trial was impressive.

Comment: First-up after 12 months due to injury but has been fitted with two official trials and a jumpout for this. Showed ability in three starts as a three-year-old, should arguably be unbeaten.

Comment: Coming off an inexplicably poor run at Kembla last month. Generally races well at Randwick and has been kept fresh for this which should suit.

Comment: Was game in defeat at Eagle Farm last Saturday when third to The Candy Man in track record time. Whether he starts here will depend on how he handles the return trip to Sydney.

Comment: Outstanding effort to place in a highway at Rosehill three weeks ago. Should appreciate stepping up to 1300m and must be regarded a winning chance.

Comment: Loomed up to win on debut at Nowra but the inside horse fought back to steal a margin at the winning post. Raced a bit keenly and was wide throughout there so with a bit of luck in running he can go one better.