The Week Ahead DEC 1 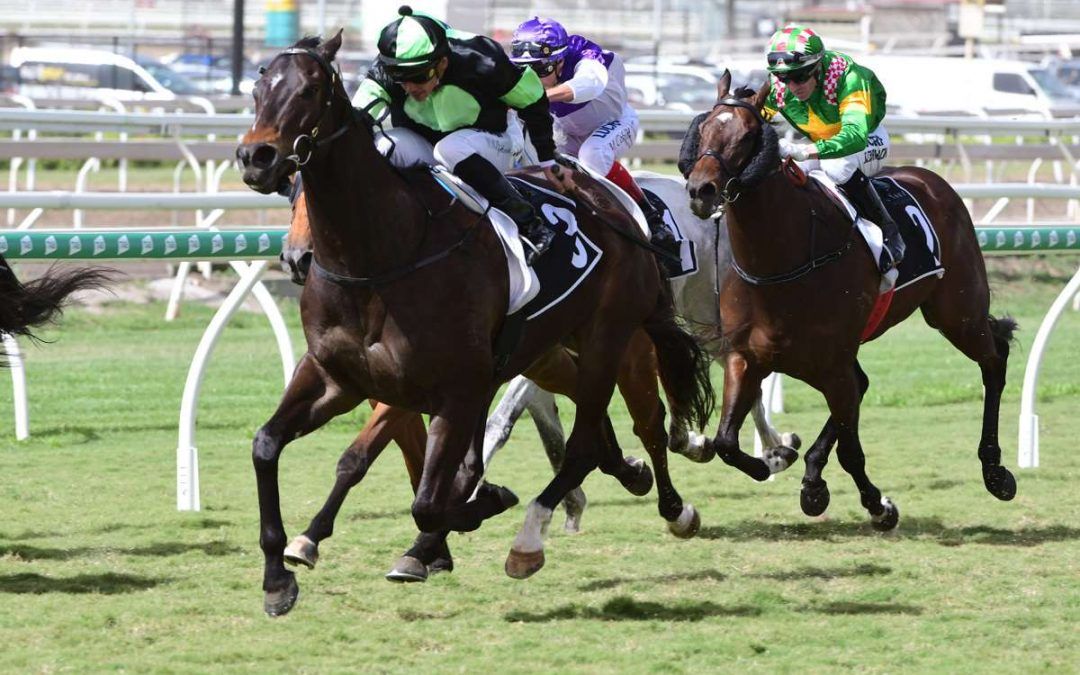 The Steve O’Dea and Matt Hoysted-trained pair are both second-up from a spell, with GOTTA KISS to contest the Listed 3YO Mode Plate (1200m) and SCALLOPINI entered for the card’s main event, the Group 3 George Moore Stakes (1200m).

We came desperately close to winning the Mode Plate in 2016 with CANDIKA (half-head second) so hopefully our Group 1 placed filly GOTTA KISS can go one better this year and secure some valuable black type.

SCALLOPINI, an eye-catching eighth in the Listed Keith Noud last month, will be shooting for his third stakes success this year, following wins in the Sunshine Coast Cup and Hinkler.

Meanwhile in New South Wales, PRIVATE EYE is set to resume at Gosford on Wednesday. The three-year-old gelding was an acceptor for Kembla Grange last Saturday however trainer Joe Pride elected to wait for an 1100m contest at the midweek meeting where the temperature is predicted to be significantly cooler than the heatwave that gripped most of the state over the weekend.

LAMINGTON DRIVE was forced to make a long and sustained run when rising from 1200m to 1600m last start but did a good job to finish on the heels of the placegetters. That was his third run back from a 12 month spell so he should be close to peak fitness next time out. As long as that last run hasn’t taken too much out of him, he will be competitive in another mile race.

Comment: Lightly-raced three-year-old who will be better over further but showed a touch of class in his maiden win over 1200m last campaign. Can sprint well fresh but untried on firm ground.

Comment: Didn’t handle heavy (10) conditions on debut last preparation and was tipped out straight after. Comes back here off two encouraging trials, the latest a 2.5 length win.

Comment: Swooped late to win over this trip at the Sunshine Coast last start. Won twice here, including at 1800m, but really needs speed on up front to show her best.

Comment: Never looked likely at the Gold Coast when finishing seventh over 1400m. Has a much better record here (7:3-0-1) and finally gets back out to a mile.

Comment: Coming off a well-beaten fourth behind a promising one at Ipswich. Rider advised horse may be better ridden with cover so barrier draw will be crucial.

Comment: Back from a let-up after winning two on the bounce in the spring. Better suited over a touch further but can figure if she gets favours in the run.

Comment: Could hardly have done more with 60kg first-up over 1000m at the Sunshine Coast. Back to set weights and up to 1200m, she’s the one to beat here.

Comment: Looked the best of the chasers behind a track-record performance by Jonker in the Keith Noud. Meets the winner better at the weights and will be improved by the run. Can only seeing him narrowing the margin this time, though would prefer to see him at Eagle Farm.

Comment: Came very wide around the home turn at Gosford first-up over 1200m and not surprisingly tired late in fourth. Should appreciate getting onto a bigger track and the slower tempo of a 1400m race.

Comment: Certainly did enough first-up for a stayer. Can only improve going from 1200m-1400m and both career wins have been at this track.

Comment: Went down narrowly in a three-way finish over 1300m last time out. Should be suited rising to a mile third-up.