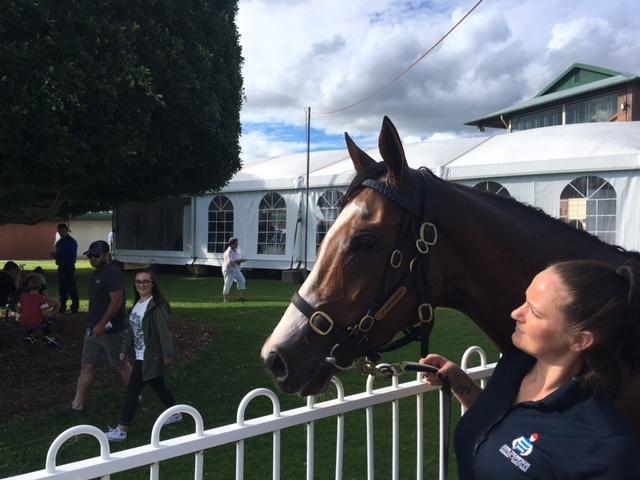 A fruitful Mudgee Cup day will hopefully be a precursor to a busy week ahead for Proven Thoroughbreds.

Starting with Canterbury on Friday night, the Thompson-trained BLANCO CARA (pictured) rises to 1550m second-up in the BM70 Handicap as she builds towards staying trips over the summer while THE EXCHEQUER resumes for Joe Pride in the 1100m 3YO Maiden.

Then at Rosehill on Saturday, GAMBLESTOWN lines up in the $125,000 Listed ATC Cup (2000m) in search of an overdue win after a sequence of strong runs for the Pride stable, including a luckless sixth in last Sunday’s Goulburn Cup (1600m).

Proven Thoroughbreds’ other runner at the Rosehill meeting will be the Thompson-trained LAST WISH in the BM85 2400m Handicap. Things didn’t go to script last start with the son of Guillotine but had previously been building nicely towards this distance range.

24 hours later stablemate CAPE COLADA is set to debut in the 1300m Maiden at Newcastle following two sound trials on her home track of Randwick.

The black and lime green silks will also be seen at the Sunshine Coast on Sunday with the Steve O’Dea-trained REALLY REILLY, pending the weather. The gelding has been a model of consistency this preparation, finishing in the quinella at his last five starts.

Proven Thoroughbreds’ final runner for the week will be the Thompson-trained GREENSPAN, lining up for his third career start in the 1400m 3YO Maiden at Warwick Farm on Wednesday.

Our trialists include TAMARACK, from the Pride yard, on Tuesday at Warwick Farm, and the O’Dea pair SCALLOPINI and CHOREOGRAPH at Doomben.