The Week Ahead AUG 4 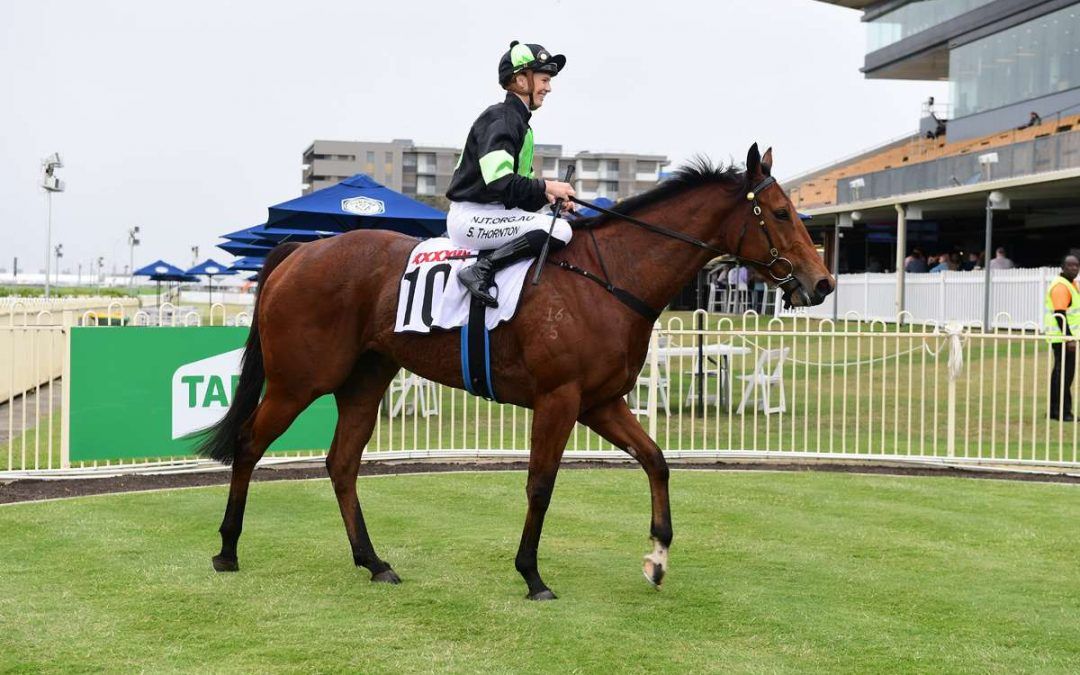 As many as 11 runners are set to don the black and lime green colours this week following a perfect start to the new season last Saturday.

Joe Pride-trained pair PRIVATE EYE and SNIPPY FOX combined for a race-to-race winning double at Kembla Grange to give Proven Thoroughbreds a triumphant start to the 2020-21 season.

The in-form Pride stable won’t have any Proven runners this week but 3yos MACCOMO and KYOTO MOON will feature at the Warwick Farm trials on Friday.

On the racing front, RECKLESS CHOICE, COOL SEQUENCE and KYLEASE (pictured) will step out for the Steve O’Dea stable at Saturday’s Eagle Farm meeting, the latter in search of back-to-back wins after a successful Queensland debut a fortnight ago.

MISSED THE ALARM did a good job first-up over a trip well short of her best. She was smothered away on the inside but found the line strongly to finish on the heels of the placegetters. She will obviously be better suited up in distance and looks capable of going to the next level this preparation.

Comment: Returns as a gelding after finishing third here at his only run as a colt. Still has a bit to learn about the racing caper but has undeniable ability.

Comment: She performed a touch below expectations last campaign but her recent trial performances would indicate she may be on the verge of recapturing the form which saw her win her first two starts impressively. Drawn the carpark but will be finishing strongly if the pace is genuine.

Comment: Coming off an excellent first-up run on a heavy Randwick track last month. Can only improve second-up but strikes a strong race. Perhaps over the odds?

Comment: Went within a whisker of claiming a deserved city win last start. Extraordinary to think she’s almost banked $200,000 without winning in town. This is a special conditions provincial race and she’d have to be considered one of the leading chances.

Comment: Forget his last two runs. He knocked up when returning from a long injury enforced break and then didn’t handle the wet conditions last time out. Can give this a shake third-up if he gets left alone in front.

Comment: She’s one from one in Brisbane after relocating from Sydney and looks well placed to win again.

Comment: Freshened since over-racing and fading over a mile at Doomben – he’s much better than that. Recent trial was solid.

Comment: Lightly-raced mare who has shown ability in her only two starts, with a first and third. The owners have been very patient with her and hopefully that pays dividends here.

Comment: Hasn’t won first-up in four attempts but been placed twice and has an excellent record at this track. Look for her to be running on late.

Comment: Disappointed in two runs since winning at Canberra. Comes back in trip and gets blinkers on.