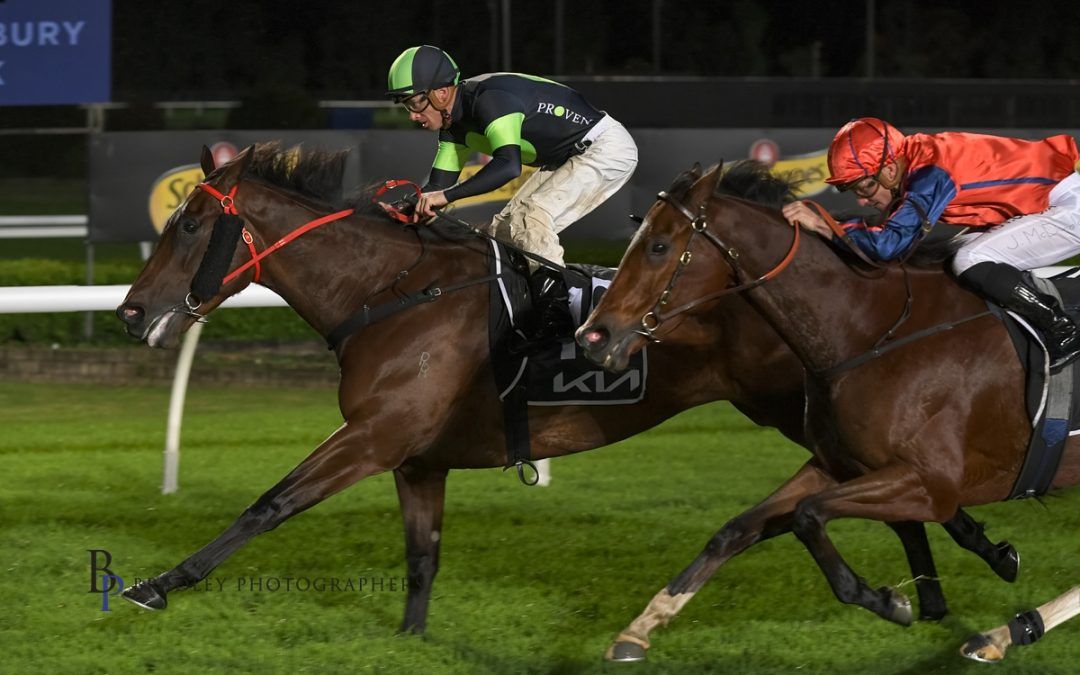 “She makes my job easy because she tries her heart out” – trainer Joe Pride remarked after SNIPPY FOX won first-up in testing conditions at Canterbury’s Friday night meeting.

The 5YO mare hadn’t raced since June but pulled out all stops to take out the BM78 Evening Star over 1250m.

Rider Jay Ford commented on SNIPPY FOX’s tenacity to sit outside the leader and stave off all challengers in the run home.

“I was probably a little more positive than I would have liked as a few wanted to go with us early, but once she got outside the leader, she just glided through the ground.

The daughter of FOXWEDGE is building a formidable record, with Friday night’s win being her fifth from six starts. Six other minor placings have contributed to a bank of $161,390 in prizemoney.

SNIPPY FOX was acquired by Proven Thoroughbreds for the bargain price of $35k at the 2018 Inglis Classic Yearling Sale.

And being a two-time Sydney metropolitan winner, she will have value as a broodmare when her racetrack career concludes.

As we head into the final month of 2021, Proven Thoroughbreds has reached a record-equalling 58 winners for the year.