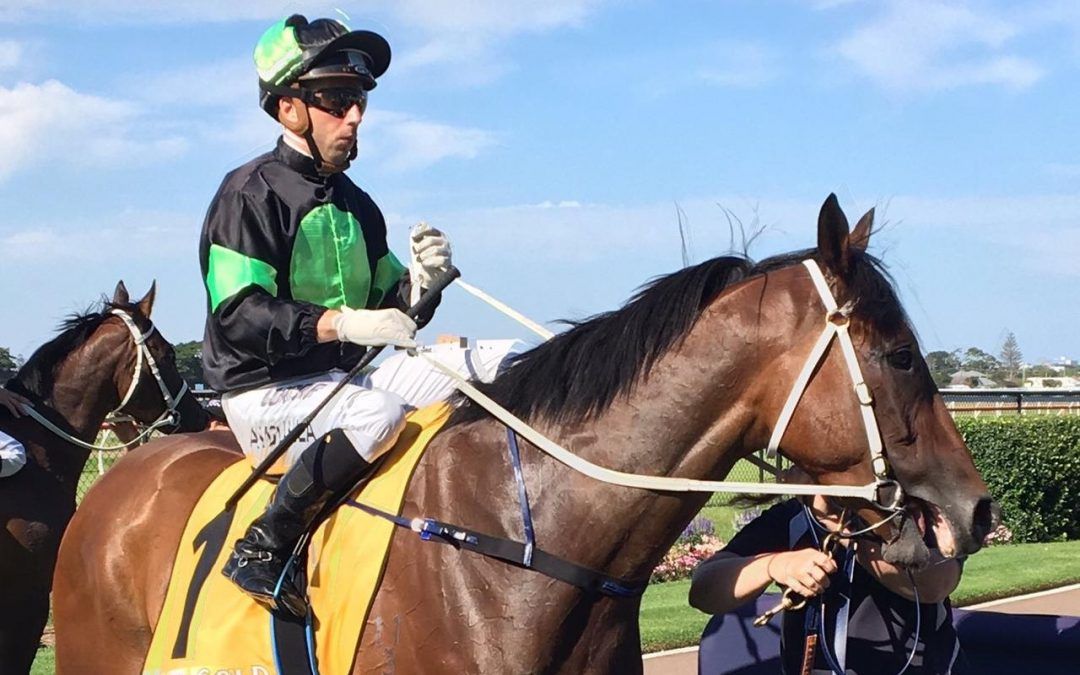 At just his second run, classy 3yo TAMARACK announced himself with a brilliant victory at Newcastle Thursday. After rocketing home into second at Wyong on debut, the REDWOOD gelding was sooled out of the gates by Brenton Avdulla to sit outside the leader in the 1350m Maiden.

Dropping the bit as his greenness kicked in around the tightish Beaumont turn, TAMARACK momentarily looked to be struggling. However one whack with the stick and some vigorous hands and heels riding from Avdulla produced a sparkling reaction as the NZ bred charged away to win by 3.5 lengths.

“He’s come here today after an eye-catching debut and handled it all so well. Yes, he’s green but very relaxed and great to see him ridden on the speed in a different manner to his debut and beat his rivals so clearly. He’s a promising horse.”

Joe will likely target some 3yo events over the carnival with the 90k KARAKA 2015 purchase. Bred by part owners Peter Newsom, Tony Wales & Mac Whitehouse, TAMARACK was reared at Westbury Stud in NZ, one of the Australasian breeding bases for the trio. With breed shapers REDOUTE’S CHOICE & ZABEEL close up on the dam side, this horse looks potentially one of the PROVEN stars of the future.