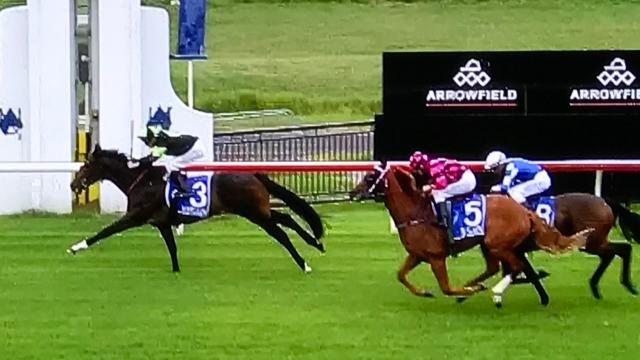 Promising galloper TAHSIN sent out the old and stylishly ushered in 2017 at Kembla Tuesday. The 4yo bounded past his rivals to emphatically take the C2 1600m event making it two on the trot.

“It’s never easy going straight from a maiden to even a C1 so for this horse to win a C2 was impressive,” trainer John Thompson summed up post race.

The long striding son of DENMAN was raised in NZ and boasts a stout female line headed by grandsire MONTJEU. Both Thompson and jockey Tye Angland feel a middle distance at least will suit TAHSIN who’s now run up the tidy record of 2 wins and a couple of thirds from just 5 starts.

No major plans are afoot at this stage for the lightly raced gelding. His victory was PROVEN’S first for the year….hallelujah!

Some shares remain a close relative to TAHSIN by COMMANDS. See our AVAILABLE HORSES page for more info.