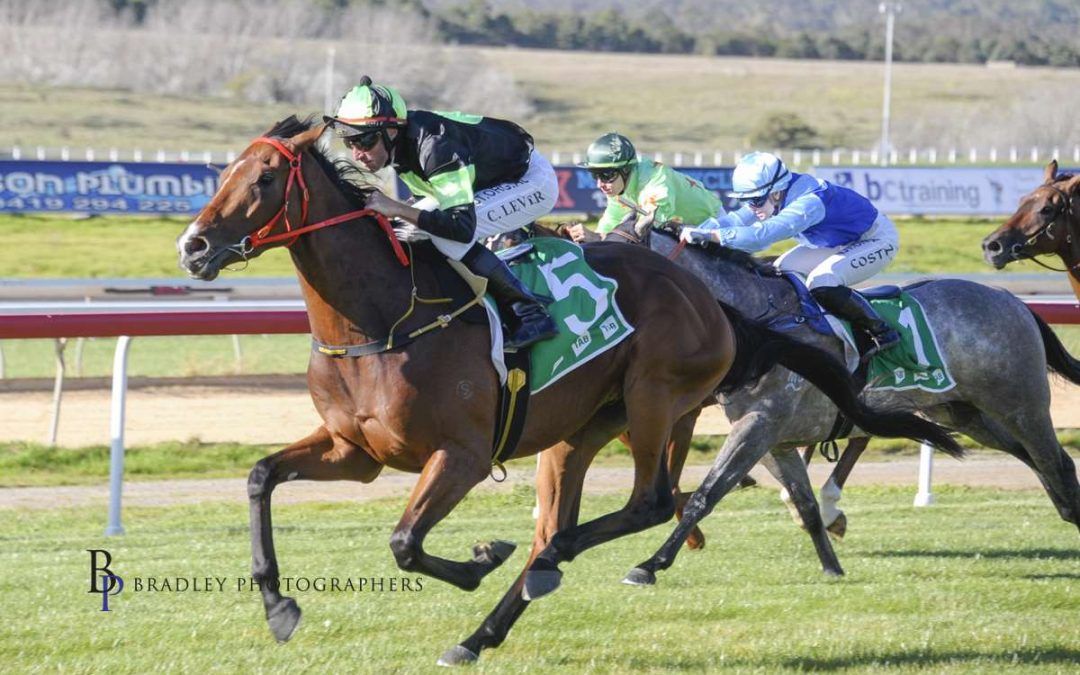 Patient owners of STOCKMAN look to have some exciting times ahead after the stoutly-bred gelding resumed with an impressive victory over 1300m on Thursday.

The Joe Pride-trained three-year-old produced a last-to-first effort in the fourth event at Goulburn to win by a comfortable 2.3 lengths under Chad Lever.

STOCKMAN’s overall record now reads a win and two seconds from four starts. Based on Thursday’s first-up performance, more wins look to be in store for the son of TAVISTOCK as he rises in distance.

The gelding is also closely related to Joe’s former iron galloper DESTINY’S KISS, who earned more than $1.5 million in 102 starts…Hopefully STOCKMAN can turn out half as good as him!

Proven Thoroughbreds purchased STOCKMAN from the draft of Cambridge Stud for NZ$175k at the 2018 New Zealand Bloodstock Premier Yearling Sale.