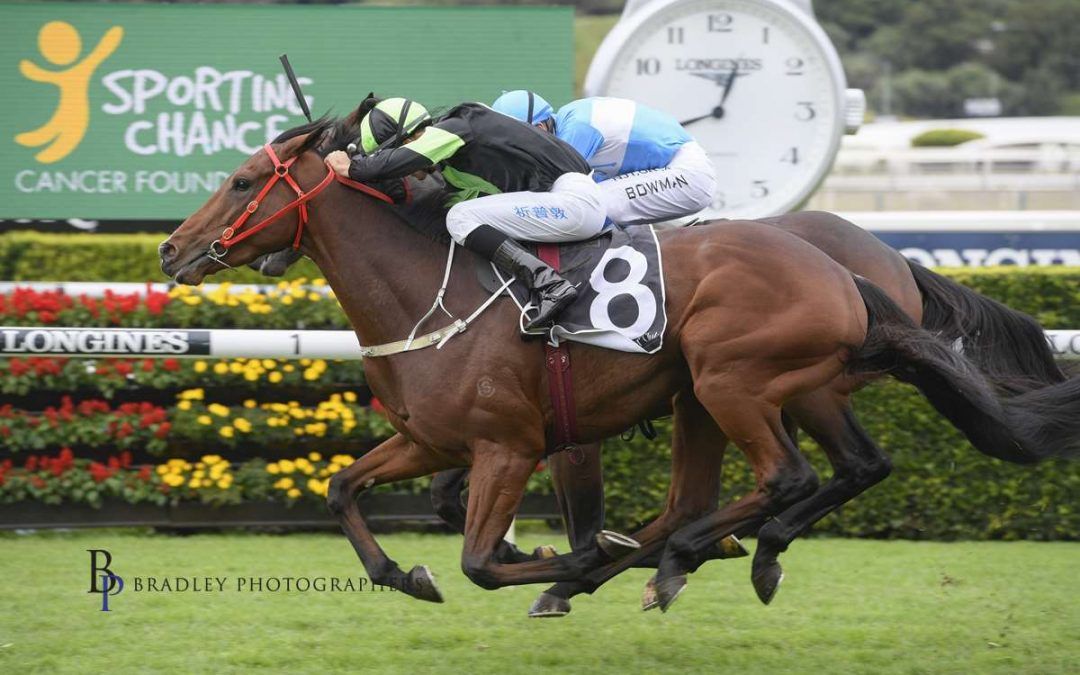 The Joe Pride-trained STOCKMAN proved the superior stayer at a wet Randwick on Saturday.

Just nine days after disposing of a 1600m Class 1 at Wyong, STOCKMAN found himself in a competitive 2000m BM74 contest but rose to the challenge in emphatic style.

Jockey Sam Clipperton positioned the gelding towards the rear of the field before making a sustained run from the 800m mark.

In an impressive display of aerobic capacity, STOCKMAN wore down the previously undefeated REINVEST to win by a head.

The Group 1 Queensland Derby (2400m) had been earmarked for the son of TAVISTOCK until the race was cancelled as part of the COVID-19 truncated Brisbane winter carnival.

“At the start of his preparation I was thinking he was a Queensland Derby horse,” Pride said.

“After a win like that, he would be going there at single-figure odds but the race isn’t on this year.

“It was a really good staying performance and I can only see him getting better as he gets over further and matures a bit as well.”

Pride said he wouldn’t hesitate to spell STOCKMAN with a view to targeting some of next season’s feature staying events.

“He is an exciting prospect and if he needs to go to the paddock it certainly wouldn’t worry me,” he said.

“He seems a good tough individual. We have taken our time to get to this point.

“Jamie is super patient and lets me take as much time as I need with these horses.”

Proven Thoroughbreds tally of winners for the 2019-20 season has now climbed to 37.