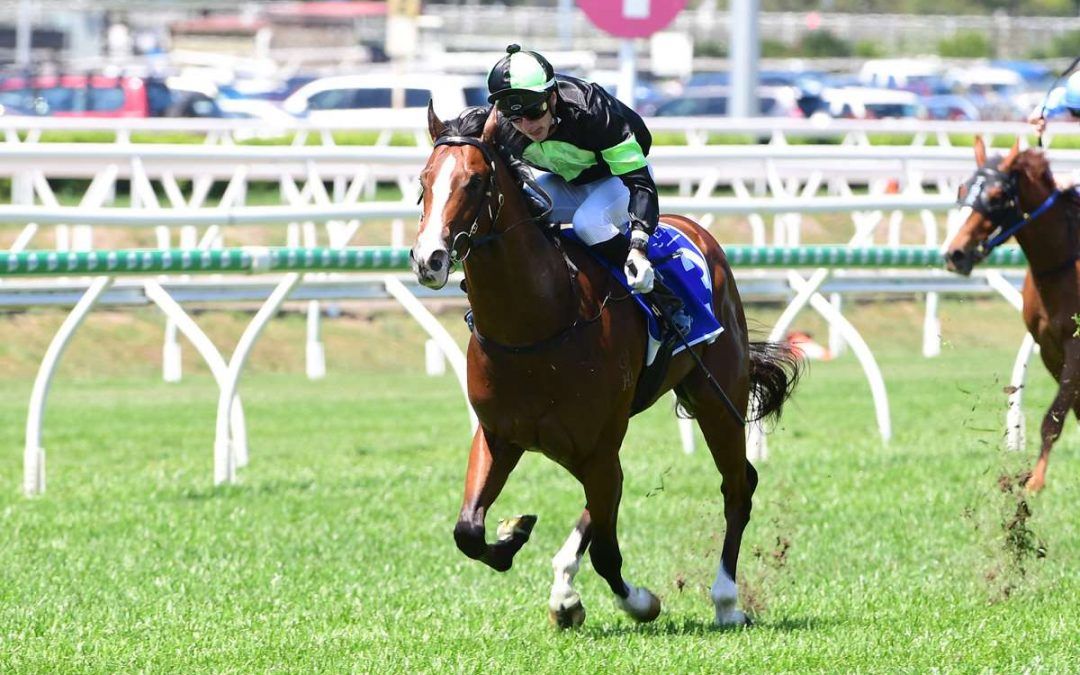 2YO colt PALAZZO SPIRIT recouped his purchase price with victory on debut at Eagle Farm Saturday.

Knocked down for $80k at the Magic Millions Gold Coast Sale nine months ago, PALAZZO SPIRIT banked $61k plus a substantial QTIS bonus for saluting in the QTIS 2YO Colts & Geldings Plate (1000m).

The son of SPIRIT OF BOOM started a short-priced favourite having impressed in two barrier trials last month and ultimately justified his quote, staving off a late challenge from GOLDEN ARTIE to win by 0.2 lengths.

The horse relaxed beautifully mid-race for Baylee Nothdurft but his inexperience was evident over the concluding stages as he was unsure how to put the race away.

Fortunately, his class prevailed, and Saturday’s debut win now has him in pole position to gain a start in the Magic Millions 2YO Classic on January 15.

Co-trainers Steve O’Dea and Matt Hoysted have decided to give PALAZZO SPIRIT a short break, with a view to returning to racing in December.

PALAZZO SPIRIT is one of three SPIRIT OF BOOM colts Proven Thoroughbreds purchased at this year’s sales, which was a deliberate strategy as SPIRIT OF BOOM’s 2019 foals represent the first crop from a higher quality band of mares.

And the early signs are very encouraging with the first week of 2YO racing returning a stakes victory at Flemington (GET IN THE SPIRIT) and PALAZZO SPIRIT’s debut success.