SIR MOMENTS CHARGES BACK TO FORM 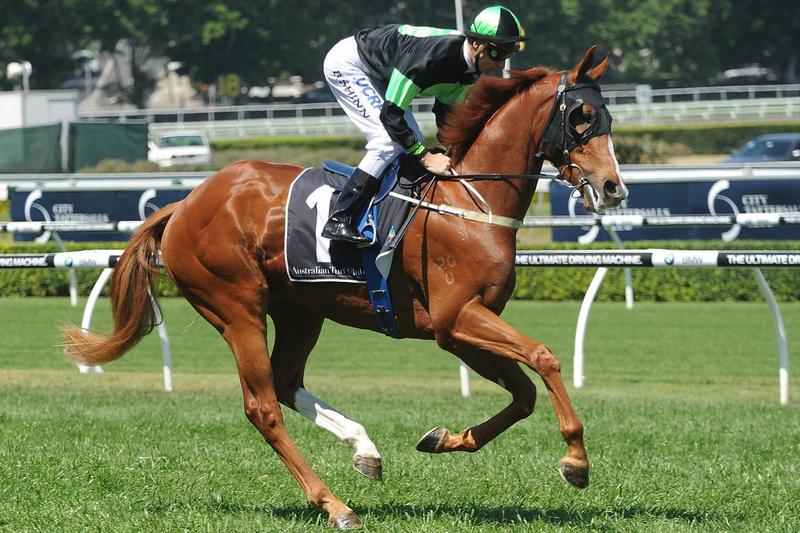 An inspired ride from Tim Bell, the rise to 1600m and the benefit of a couple of runs under his belt combined to send Sir Moments’ earnings to over 600k on Saturday at Doomben.

Trainer Steve O’Dea has set the gelding for both the Hollindale & Doomben Cups so anything less than a win over 1600m in Listed company at his third run in, was arguably not going to be good enough to attempt those goals.

Bell summed up the race brilliantly on jumping, seizing the moment to cross from the outside alley into a one out position midfield in a fast run race. Looming ominously on the turn Sir Moments gradually asserted his superiority over the closing stages despite wanting to hang in noticeably. On the line he had 1.3 lengths to spare on the Good surface around the tricky Doomben circuit.

There’s no doubt the big chestnut is missing the big stretches of Eagle Farm but his resolute return to the winners’ circle for the 7th time in just 17 starts, suggests the rise in distance at his upcoming starts should suit admirably. The Hollindale on ANZAC Day at the Gold Coast will be the horse’s first try beyond a mile.

Proven Thoroughbreds has now recorded 9 wins this year including a trio of Stakes successes……Adorabeel in the Group 3 Aspirations, Tremec’s Group 2 Chairmans and Sir Moment’s Doomben victory.