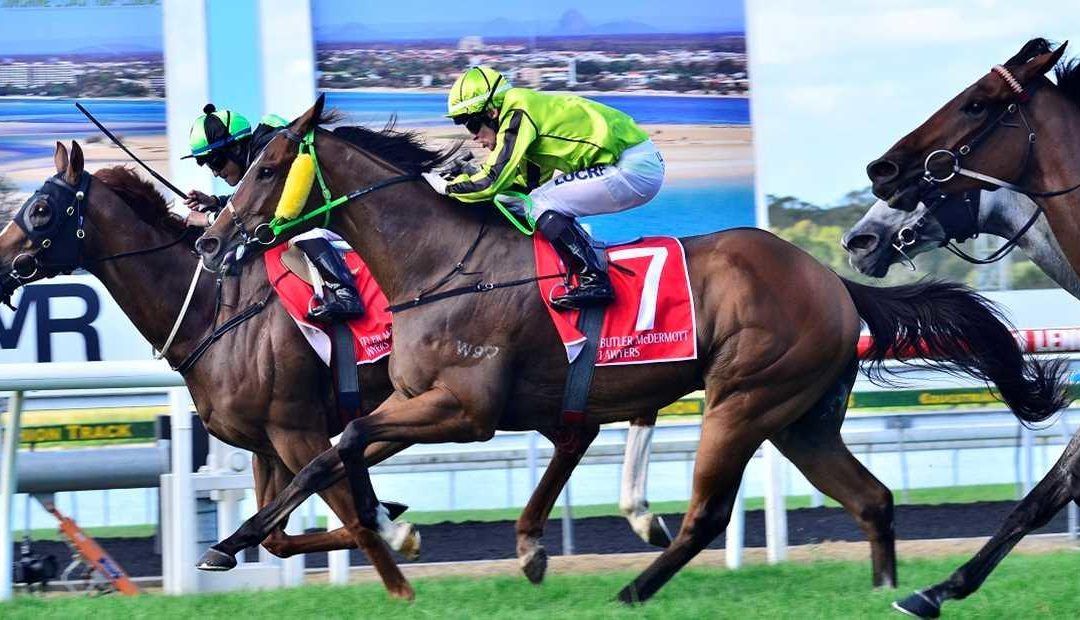 It was SIR MOMENTS’ ninth career win and his sixth stakes success, making him the most prolific stakes winning son of CHOISIR in Australia. SIR MOMENTS was a $40k purchase at the 2012 Magic Millions Gold Coast Yearling Sale.

An inspired ride by Damien Browne saw the rangy chestnut emerge on the inside of the home straight after travelling in a midfield position.

With plenty of galloping room, SIR MOMENTS was able to hold off the challengers and score by a head, carrying the 59.5kg topweight.

Since making his debut as a December two-year-old, SIR MOMENTS has won stakes races tracing back to 2013, which is testament to the measured horsemanship of now leading Brisbane trainer Steve O’Dea.

Proven Thoroughbreds has celebrated great success with Steve and this result was particularly satisfying as SIR MOMENTS’ career has been plagued by a series of untimely setbacks.

The horse’s immediate future remains undecided but with the winter carnival coming up there is a possibility he will go out for a short spell.