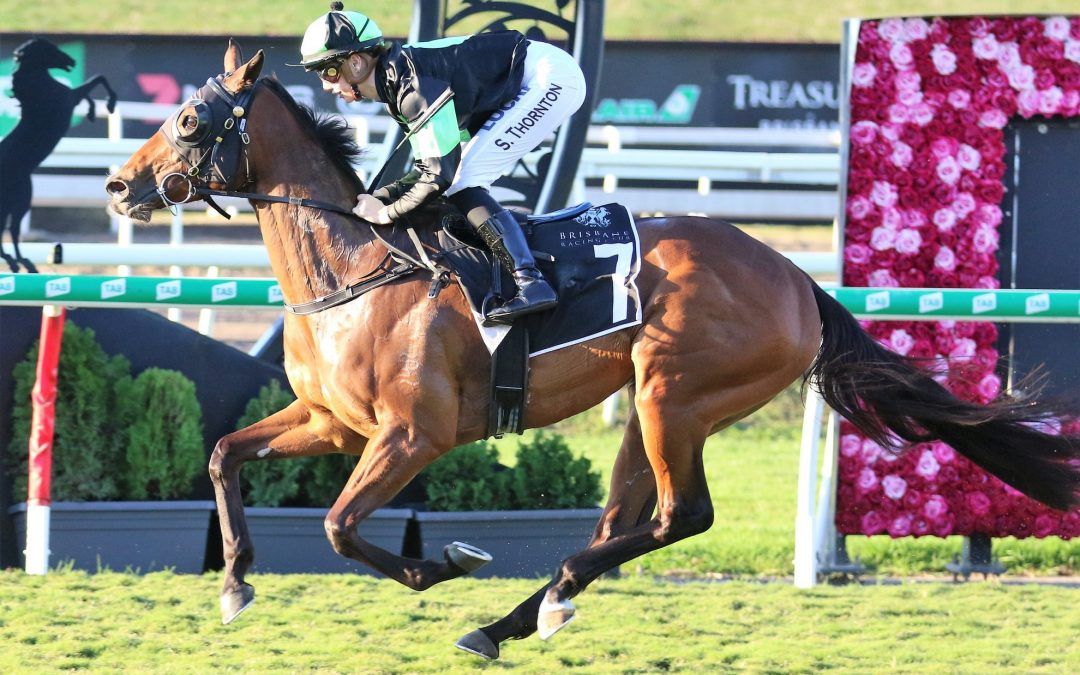 Stepping out in the final race of the day, SIENNA ROSE started an easing favourite but won the class three event in emphatic style.

The daughter of MORE THAN READY had to come from last and defy an on-pace track bias but a perfectly-timed ride by Stephanie Thornton delivered a milestone victory, being the first winner for the former Victorian-based apprentice since joining the O’Dea stable 10 days ago.

A 2017 Magic Millions Gold Coast Yearling purchase, SIENNA ROSE has been a model of consistency for Proven Thoroughbreds and is likely to head back to Eagle Farm in three weeks for a 1400m Benchmark 70 Handicap where her partnership with Thornton will continue.

Proven Thoroughbreds has now equaled last year’s tally of 36 winners with still 4-1/2 months to go in 2019!

Our other runner at the meeting, RECKLESS CHOICE, finished fifth in the 1200m Class 6. On face value, the run was below our expectations however given the track bias and the fact they zipped home the last 600m in 34.09 seconds, his effort to only be beaten 2.9 lengths first-up was full of merit.