Sealed with a KISS! 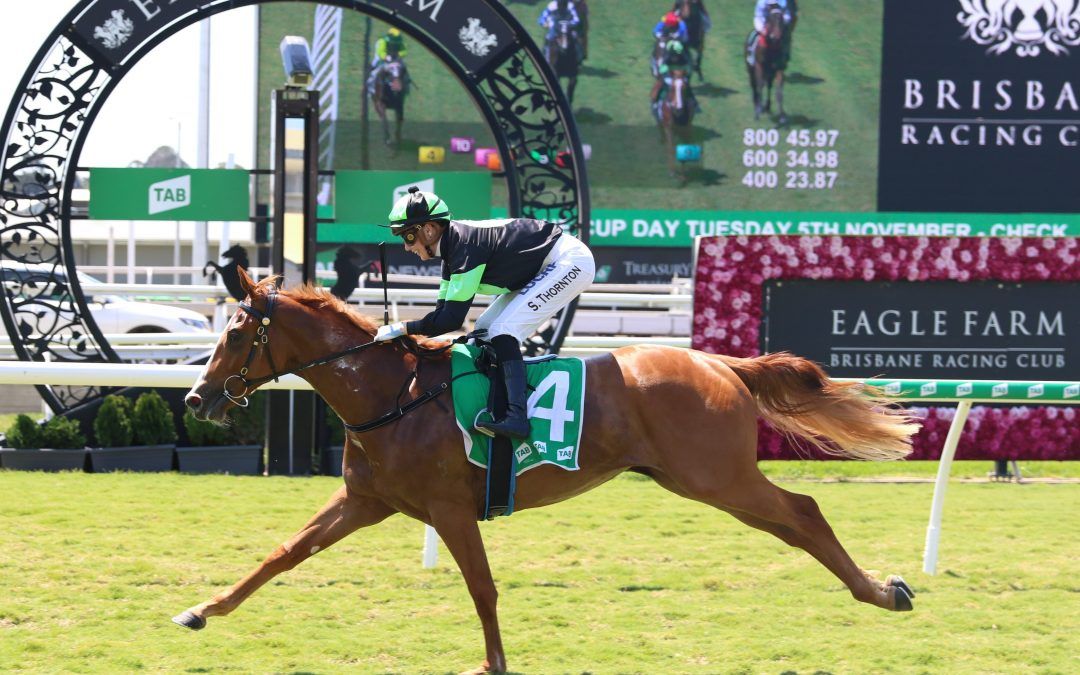 The Magic Millions dream is well and truly alive for connections of GOTTA KISS after the precocious filly took out Brisbane’s first two-year-old race of the season on Saturday.

There was an air of expectation heading to Eagle Farm as GOTTA KISS had won both of her barrier trials in impressive fashion and fortunately, she delivered and then some, with the help of trainer Steve O’Dea and rider Stephanie Thornton.

The daughter of NOT A SINGLE DOUBT swept down the outside of the home straight to score by a commanding margin of 2.5 lengths.

It was the perfect start to a promising career and our all-ladies syndicate could not have been happier as they chase the $500,000 bonus on Magic Millions day.

GOTTA KISS will likely need to run a placing at her next start to confirm a spot in the $2 million Magic Millions 2YO Classic at the Gold Coast on January 11.

Proven Thoroughbreds’ last Magic Millions 2YO runner was the O’Dea-trained CANDIKA, who finished a brave third behind subsequent Golden Slipper winner CAPITALIST in the 2016 edition.

We currently have three shares available in another all-ladies horse – the RICH ENUFF x NOTHING COMPARES filly, who finished an encouraging second in a jump-out last Friday. Steve has been very happy with her progress and is anticipating a race start before Christmas.

CONTACT US to see how you can get involved in the Magic Millions journey!