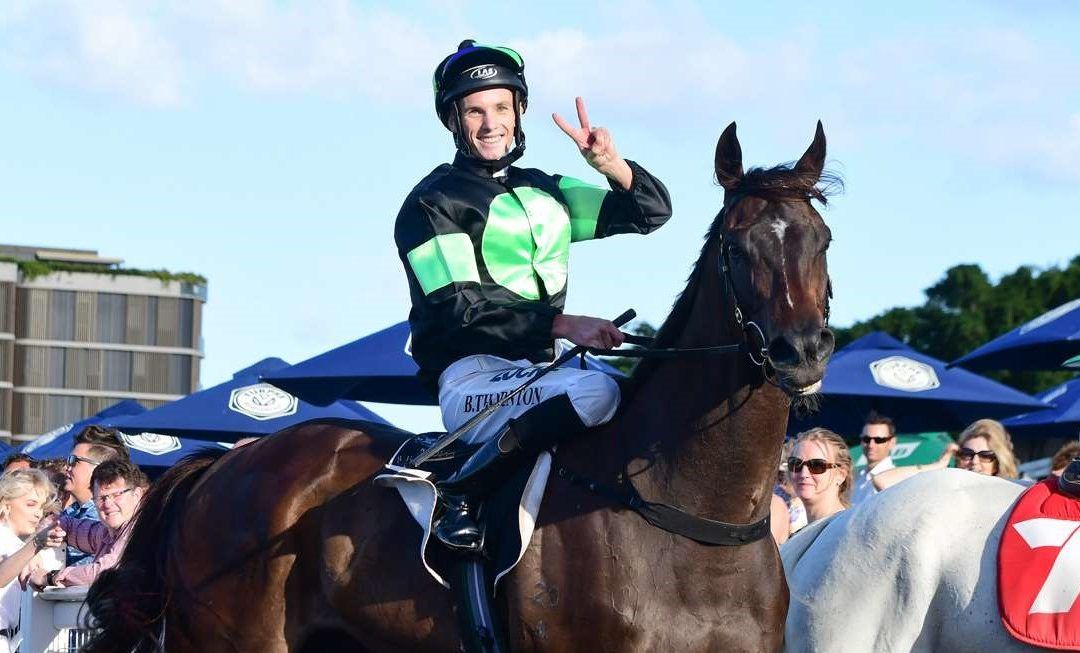 SCALLOPINI’s victory in the Listed Sunshine Coast Cup (1400m) on Saturday was a most satisfying result on several fronts.

Following a relatively subdued start to the year, we can say that our first winner for 2020 is a stakes winner!

The Steve O’Dea-trained galloper was a victim of wretched luck in the Magic Millions Gold Coast Sprint a fortnight ago when inconvenienced by the favourite CHAMPAGNE CUDDLES, who went amiss at a crucial stage of the race.

But Saturday’s win proved to be more than just a consolation as both SCALLOPINI and rider Boris Thornton captured the first stakes win of their respective careers.

Few jockeys would be more deserving of such an accomplishment at the minute. Thornton, who is the best part of six feet tall, has worked tirelessly to keep his weight down and had to waste to 54.5kg for the ride.

From Proven Thoroughbreds’ perspective, the win was sweetened by the fact we bought SCALLOPINI’s half sister RED RUBI (by RUBICK) for just $35k at last year’s Magic Millions January Yearling Sale.

In terms of what the future holds for SCALLOPINI, Steve will now send the gelding for a spell with a view to targeting feature races during the Brisbane winter carnival.

With eight wins and eight placings from 20 starts for $379,625 in prizemoney, the son of SNITZEL certainly wouldn’t be out of place at that time of year.