RUBINOCCHI too fast, too strong! 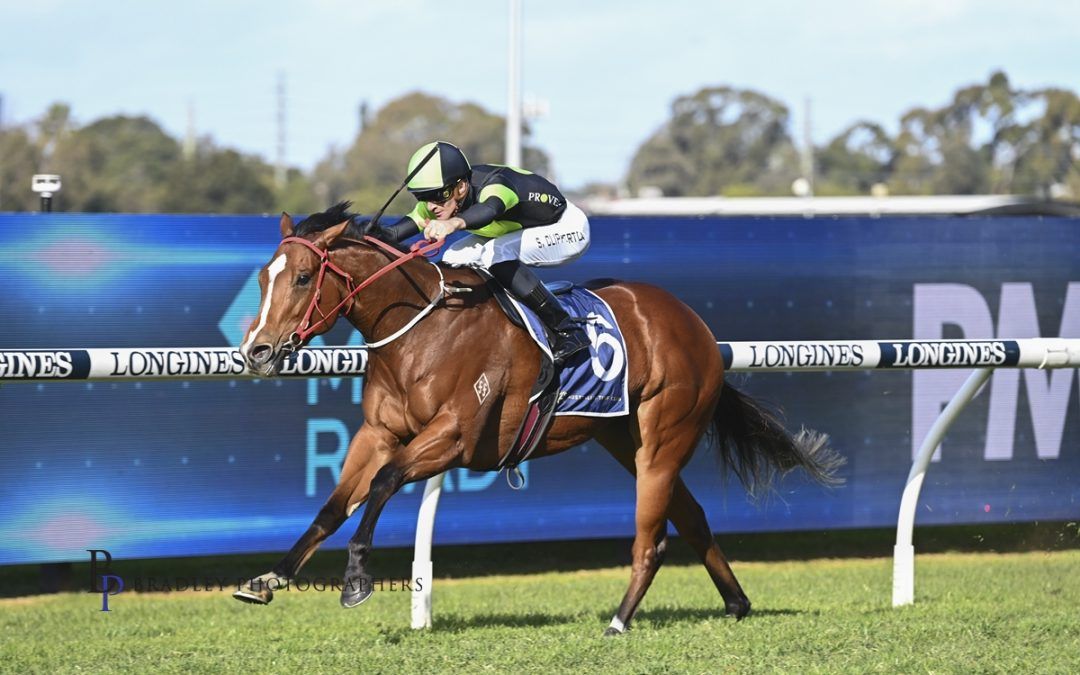 A return to stakes company could be on the agenda for RUBINOCCHI after an impressive display of sustained speed at Rosehill on Saturday.

Starting from barrier 12 of 12 in the 1100m contest, RUBINOCCHI negated the wide draw with an explosive start that saw her cross and lead within the first furlong.

Jockey Sam Clipperton managed to give the filly a breather midrace which was crucial as it left enough petrol in the tank for her to zip home in the quickest last 600m of the day.

The daughter of RUBICK was never threatened in the run home and had more than a length to spare on the line.

Joe is looking at three potential races for RUBINOCCHI’s next start – a fillies and mares BM78 at Randwick in three weeks’ time or a trip to Brisbane on the same day for the Listed Chief De Beers (1110m) or Darby McCarthy (1110m) at Doomben.

A $45,000 Inglis Classic buy from Valiant Stud, RUBINOCCHI is proving to be a bargain acquisition with plenty of racing still ahead of her.

She becomes Proven Thoroughbreds’ 56th winner for the season and 25th for the calendar year.