RUBICK colt has pedigree and looks to match! 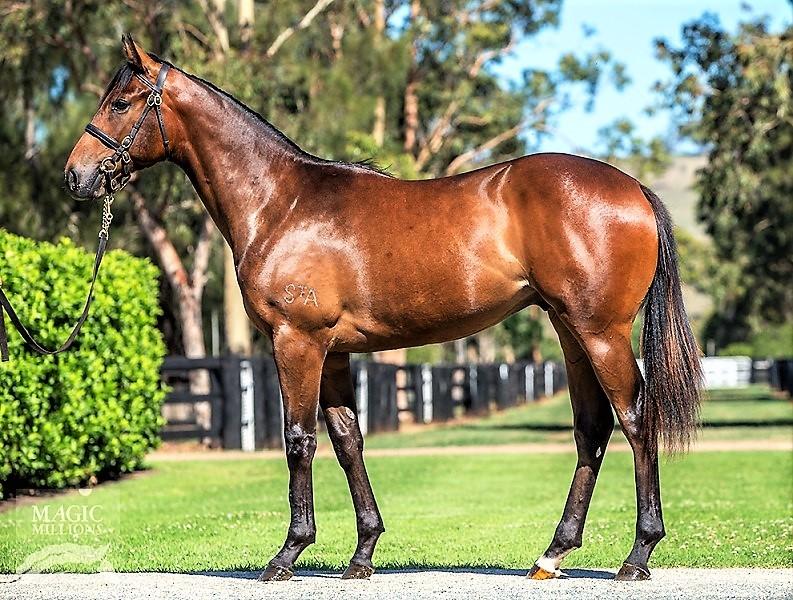 RUBICK was one of the fastest of his generation, winning twice as a two-year-old before running a sizzling 56.68 seconds in his Group II Schillaci Stakes (1000m) triumph against older horses as a three-year-old.

As well as being blessed with remarkable speed, RUBICK has an impeccable pedigree behind him, being by ENCOSTA DE LAGO from SLIDING CUBE (a three-quarter sister to breed-shaping sire REDOUTE’S CHOICE).

RUBICK’s stock proved popular at the Magic Millions Yearling Sale this year, with five of his lots fetching between $250k and $470k.

Lot 628 was the RUBICK x CONTEMPT (by COMMANDS) colt and we thought $100k represented great value.

A beautiful moving colt, with a terrific shape to him, he is out of a half-sister to former gun juvenile NICCOLANCE, who was twice runner-up behind CAPITALIST and ASTERN in pre-Christmas two-year-old races. The second dam, NONCHALANCE, hails from a stellar Darley family that includes the likes of Group 1 winner COMPLACENT, stakes winners SCREEN and ATARAXIA, and stakes placegetters OFFHANDED, MALAISE, and CARELESS.

To make an enquiry about this colt CLICK HERE.