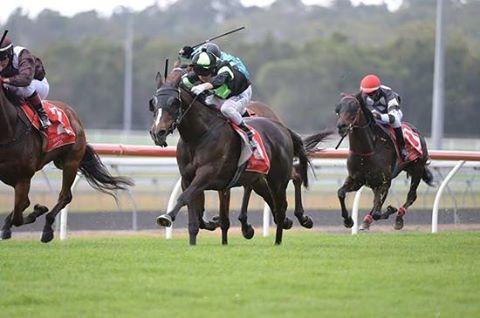 Unlucky gelding REALLY REILLY was finally presented with conditions to suit when a decisive winner of the B75 at the Sunshine Coast Sunday.

Relishing the heavy ground, genuine speed and a patient Jag Guthmann-Chester ride, the six-year-old finished resolutely along on the fence to score by just under a length.

Second home at his three previous runs, REALLY REILLY has been a frustration for connections having won just 5 of his 37 starts. However, a dozen placings and numerous runs devoid of luck, have maintained trainer Steve O’Dea’s faith.

The son of O’Reilly part owned by prominent breeder Wilf Mula enjoys affected ground but being a back-marker is always reliant on a truly run race to produce his best and has a penchant for the Sunshine Coast circuit where his 10 trips to the track have yielded 4 wins and 5 placings.

Sunday’s victory was the 36th recorded for PROVEN THOROUGHBREDS since JAN 1 and interestingly the horse’s second win from as many starts on a heavy track.