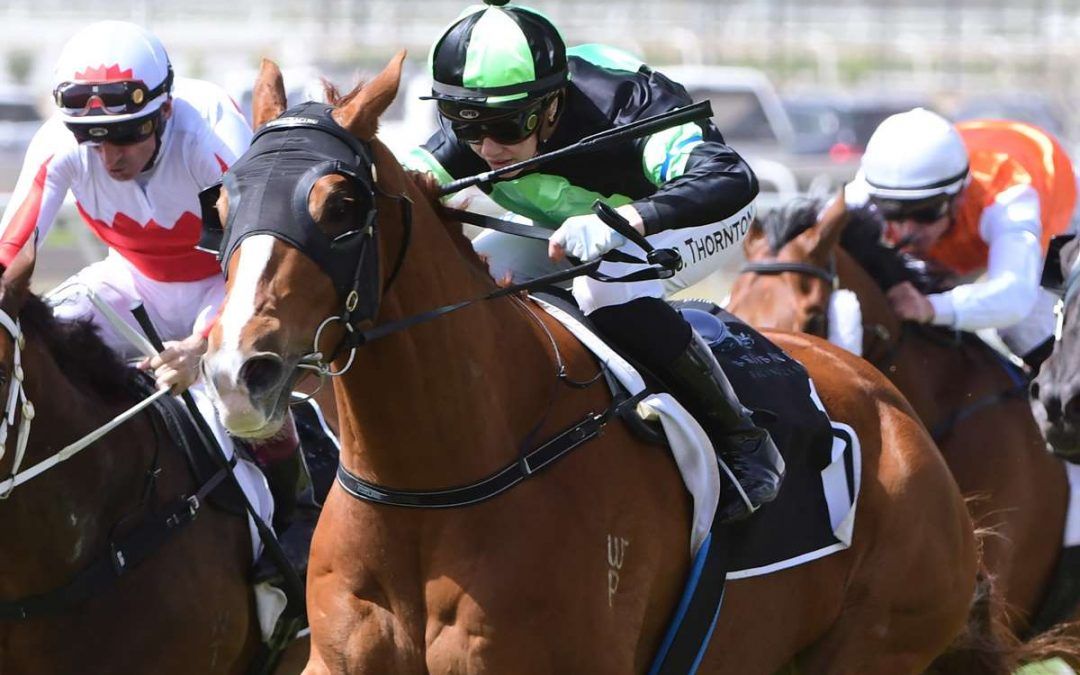 A red-letter day for Proven Thoroughbreds and Steve O’Dea witnessed three winners and a second from four runners at Eagle Farm on Saturday.

RECKLESS CHOICE (pictured) was the first of the treble, winning the 1600m BM78 Handicap by a commanding 1.25 lengths under flying apprentice Stephanie Thornton.

Trainer Steve O’Dea is planning to test the five-year-old gelding beyond 1600m this campaign with one eye on the lucrative Magic Millions Stayers’ Cup (2200m) at the Gold Coast in January.

Two races later it was SCALLOPINI claiming his seventh career win at start 15 in the 1200m Open Handicap.

Ridden a treat by Matt McGillivray, the classy son of SNITZEL displayed a sharp turn of speed over the final furlong to score by half a length.

Like RECKLESS CHOICE, SCALLOPINI is eligible for big prizemoney at the Magic Millions meeting in January and is likely to contest some of Brisbane’s feature sprints over the coming months.

The trilogy was completed by gutsy mare SIENNA ROSE, who registered back-to-back Saturday wins with another outstanding last-to-first effort in the 1400m BM70 Handicap.

The four-year-old daughter of MORE THAN READY is one of several Proven Thoroughbreds horses to benefit from the riding skills of Thornton, who recently joined the O’Dea stable.

Heading into the seventh race on the card, the pressure was on COOL SEQUENCE to continue the winning streak. Although he fell short by three-quarters of a length in second, it was by far the veteran gelding’s best first-up run to date which bodes well for the preparation ahead.

Recent years have seen Proven Thoroughbreds increase its presence in Queensland with the O’Dea stable, so it was very rewarding to see that bear fruit yesterday.

Proven Thoroughbreds’ director Jamie Walter celebrated his birthday on Saturday so that might have had something to do with it too!

If you’d like to own a horse with Steve O’Dea we currently have shares available in four 2yos. For more info visit our AVAILABLE HORSES page.