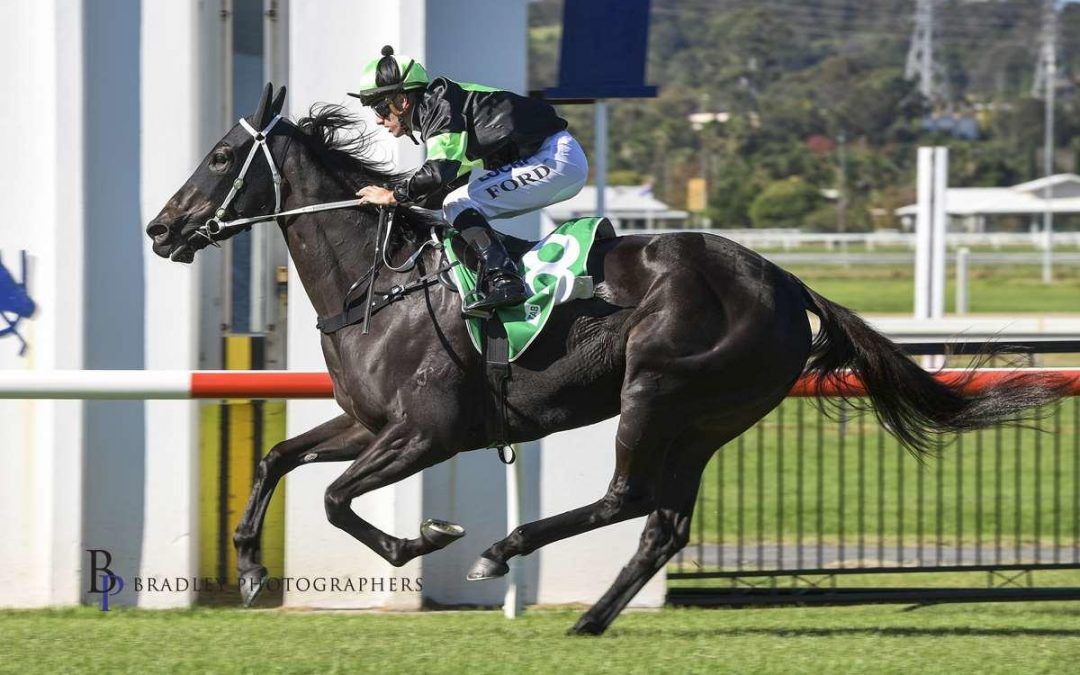 The Joe Pride juggernaut rolled on at Kembla Tuesday when I AM INVINCIBLE three-year-old, INVINCIANO, broke her maiden in style.

Desperately unlucky at her two prior runs this campaign at Hawkesbury and Wyong, the big, rangy filly relished the long stretches of the South Coast track to win handsomely after travelling on the speed.

And “travelling” is not entirely true as she fought rider Jay Ford for at least a couple of hundred metres after a short speed duel midrace. So managing to decisively put her rivals away by just under two lengths suggests better races lie ahead.

“She’s much better than a maidener,” said Ford.

“She’s moves nice, she feels good, she’s on an upward spiral. Today I kept it simple….then you don’t need luck, good or bad!”

Trainer Joe Pride was delighted with the win as the filly has been a challenge with some early temperament issues now seemingly resolved.

“Good to get the first win out of the way. Will see how she pulls up but she’s come a long way this prep and will improve with maturity,” said the in form trainer.

The victory lifted Proven’s win total for the calendar year to 27.