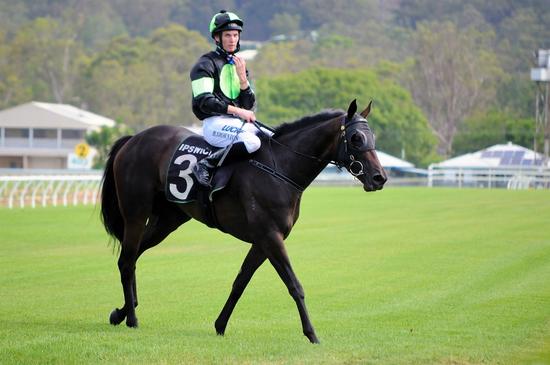 The well-bred THE BLACK TIDE made the perfect start to her career with an impressive win at Ipswich on Saturday.

A half-sister to multiple Group 1-winning sprinter SANTA ANA LANE, THE BLACK TIDE unleashed a sharp sprint over the final 100m to win by 2-1/4 lengths eased down.

At the top of the straight, the three-year-old filly dropped the bit and appeared to be struggling but once balanced up by rider Boris Thornton she put the race to bed with relative ease.

THE BLACK TIDE was knocked down to Proven Thoroughbreds for only $60k at the 2017 Inglis Premier Sale in Melbourne and in the time since purchase, SANTA ANA LANE has won no less than four Group 1s and established himself as the best sprinter in Australia.

Trainer Steve O’Dea has patiently prepared THE BLACK TIDE through the educational phase of her career and will take a conservative path through the grades with the daughter of Kuroshio.

Proven Thoroughbreds was represented by two other runners on Saturday. The Joe Pride-trained TAHSIN finished a bold second in the last at Randwick’s Kensington meeting while another O’Dea trainee, WAS IT WORTH IT, finished third at Ipswich.