OCEAN TREATY back from the brink 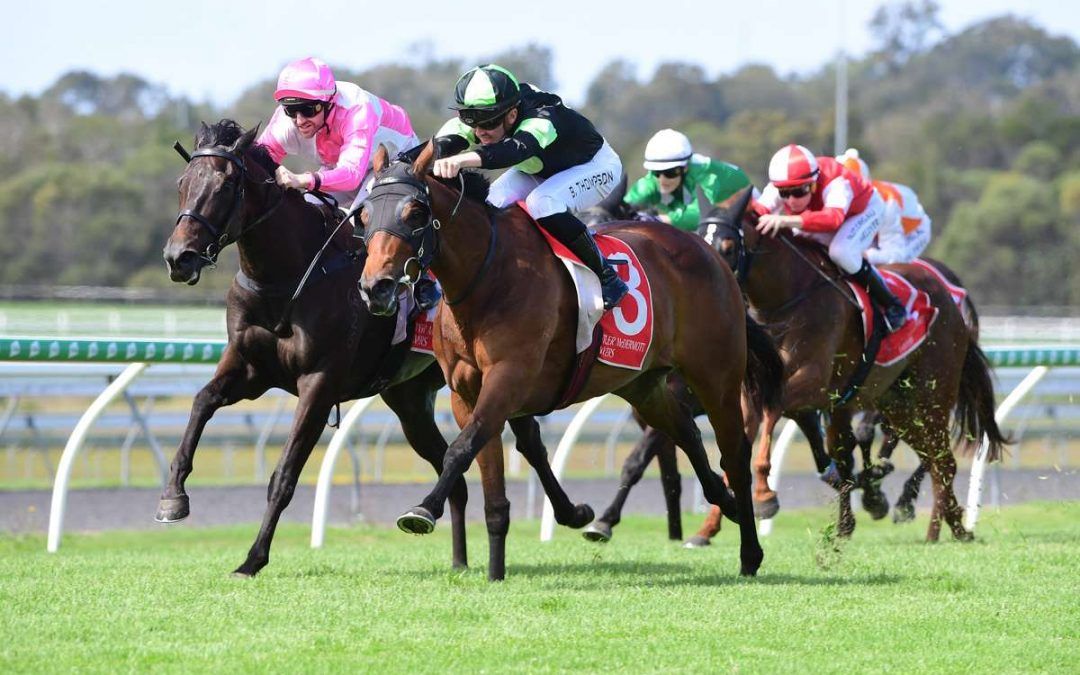 Nine months ago OCEAN TREATY’s future was hanging delicately in the balance but at the Sunshine Coast on Sunday the four-year-old mare made up for some lost time with a determined maiden-breaking win.

It was last December when OCEAN TREATY was struck down by a serious illness that stopped her racing career in its tracks.

The virus was detected following her third start where she was a beaten favourite at Colac in Victoria.

The then filly spent most of her recovery in Victoria before she was well enough to travel to Kolora Lodge in Queensland where she had spelled well previously.

After a couple more months of R & R, OCEAN TREATY recommenced some light training before acquainting herself with the Steve O’Dea stable at Eagle Farm.

She was patiently brought her up to fitness and at just her second start for the stable on Sunday, she saluted in the 1400m Fillies & Mares Maiden.

Ridden by Ben Thompson, OCEAN TREATY came from a midfield position to wear down the eventual runner-up VALLEY OF DREAMS and score by a long neck.

These are wins you really savour in the racing game as it marks a culmination of patience and a lot of hard work and attention to detail behind the scenes.

We’ve always believed this mare has above average ability and hopefully she can go on with the job now and climb through the grades. Given she is bred to run over distances much longer than 1400m, one would suspect Sunday’s win won’t be her last.

OCEAN TREATY becomes our 26th winner for 2020 and 7th winner since the season renewed on August 1.