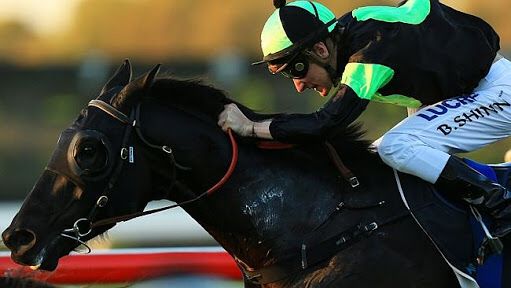 Having made a stunning return to form at Canterbury eight days prior, Dragon Flyer was an unlucky 2nd to The Offer in the Listed ROWLEY Mile at Hawkesbury Thursday.

The bold move to take on STAKES company from midweek grade, hatched by trainer John Thompson and part owner/breeder Wilf Mula, was foiled by a brilliant Blake Shinn ride on the Sydney Cup winner. After a farcically run race, Shinn took off at the 600m whipping around the field to pocket Kerrin McEvoy on Dragon Flyer.

Despite cutting the margin from 3 lengths to a neat length on the line, the sharp final sectional of 33.7s was too sharp for Dragon Flyer. Game in defeat, he’s never raced better which is heartening to his loyal owners who’ve watched the 6yo gelding tally up 10 seconds in 23 Starts. And in the process he nearly became Proven’s 4th STAKES winner of the year.