LOTHARIO in a PROVEN Double 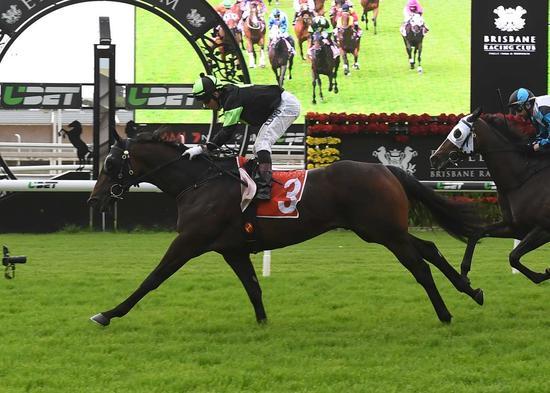 Consistent gelding LOTHARIO showed admirable grit to get the chocolates in the C4 1400m at the Gold Coast on Wednesday in a driving finish under Paul Hammersley.

It was the NICCONI four-year-old’s 4th win from 22 starts which have also yielded 9 placings and formed the second leg of a winning double at the meeting for PROVEN and trainer Steve O’Dea.

Considered a better horse when ridden with cover by O’Dea, LOTHARIO sat outside the leader throughout and finished best to prevail narrowly withstanding a protest after drifting out slightly in the straight.

Joe Pride previously put the polish on LOTHARIO winning two races including a highly impressive performance at Wyong over 1600m but Pride magnanimously sent the horse north in quest of easier targets.

Steve O’Dea has no ambitious targets in sight other than to win more Queensland metropolitan races and on Wednesday’s determined victory there’ll be more on the cards. The win brought up PROVEN’S 17th win of the year.