KYLEASE too slick on Gong day 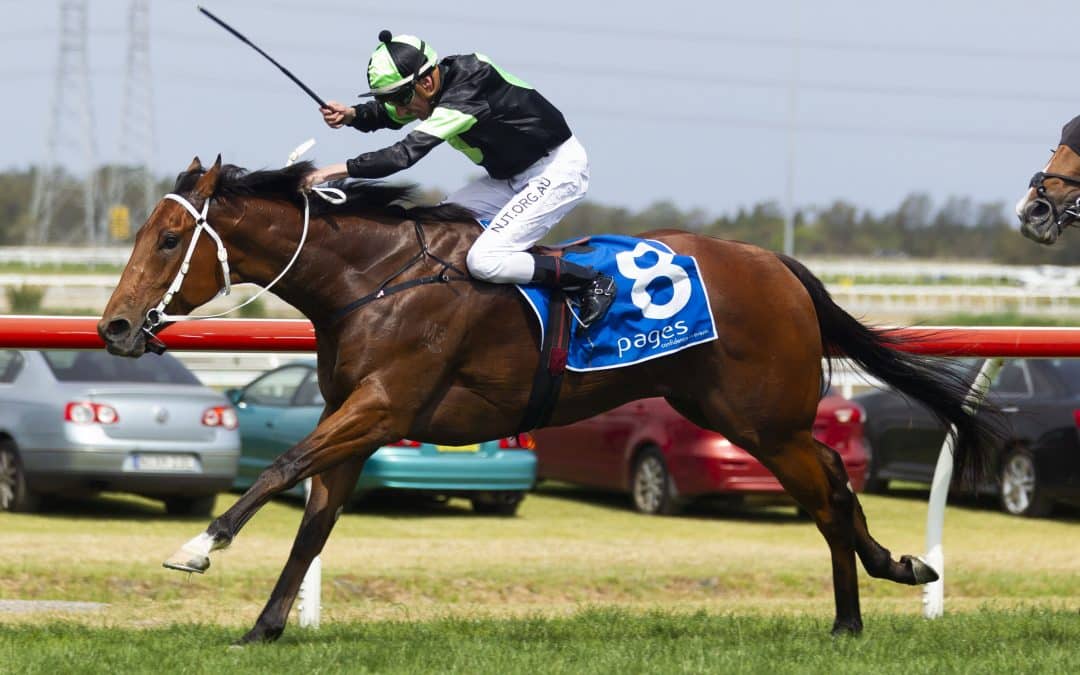 KYLEASE bounced back into form with a brilliant display of speed at Kembla Grange’s inaugural Gong meeting on Saturday.

Freshened-up after a pair of surprise defeats at midweek level, KYLEASE travelled “like a bulldog” according to jockey Nash Rawiller as she led her rivals throughout the 1200m contest.

The Choisir mare was under siege late but held on grimly to win by a short half head in a deceptively close photo finish.

Trainer Joe Pride, who has always held KYLEASE in high esteem, was delighted to see the four-year-old return to the winners’ circle.

“To be fair to this mare, she is going to improve a lot with that under her belt. She has always been a horse that improves with racing, but it was good to see her back with that great speed she can show,” said Joe Pride.

“Nash (Rawiller) didn’t have to ask her for it today, she built into it naturally, ran time and beat a decent field of mares.

The race time of 1:08.88 was only 0.22 seconds outside of the track record – a sure indication that KYLEASE is fast!