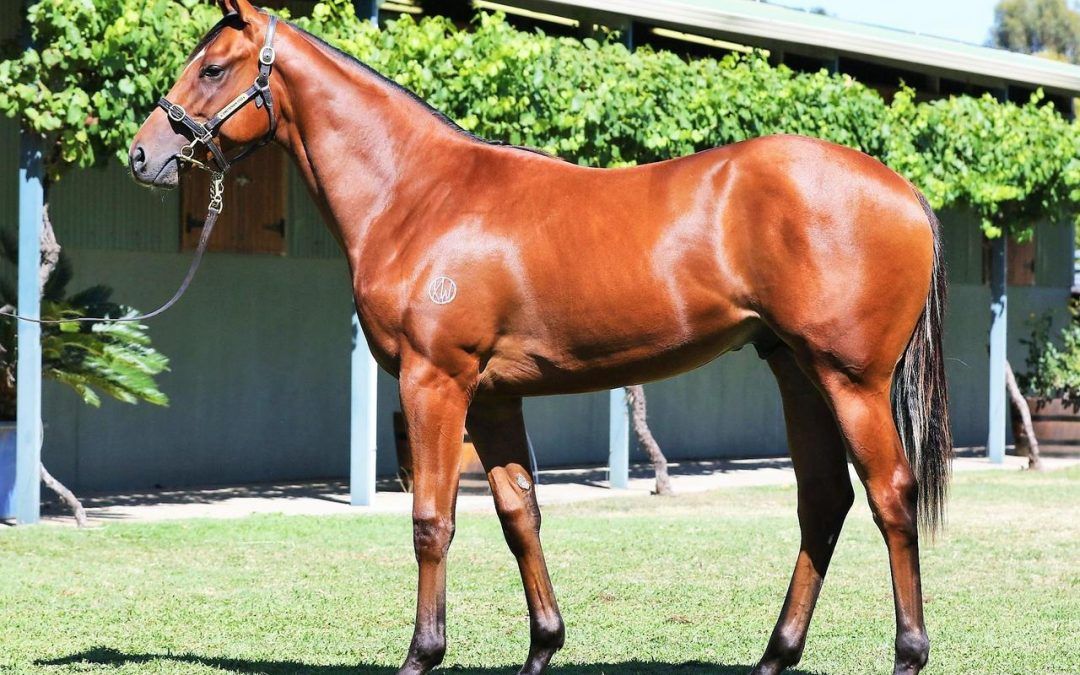 The TORONADO x CLORINDA colt bought at the Inglis Premier Sale on Tuesday has received the ultimate endorsement from her trainer Joe Pride.

We had been keen to acquire a TORONADO this year and in lot 309 during the third session of Melbourne’s Inglis Premier Yearling Sale we found one, at the bargain price of $50k.

Joe was so taken by the colt that he has already bought a share himself, something he has NEVER done before with Proven Thoroughbreds.

TORONADO is one of the more interesting freshman sires in Australia this season. Like New Zealand’s boom sire TAVISTOCK, TORONADO was a sprinter-miler with a stayer’s pedigree.

He was arguably the fastest ever son of HIGH CHAPARRAL, with five victories between 1400m and 1600m at stakes level, including the Group 1 Sussex Stakes at Goodwood and Group 1 Queen Anne Stakes at Royal Ascot.

Our colt has a beautiful head on him and a big frame to grow into.

His pedigree is rich in black type, including multiple Group winner and Group 1 placegetter WE’RE GONNA ROCK in the second dam and Group 1 winners BLUEBIRD THE WORD, PORTO ROCA, MONTEROSSO and SILENT SEDITION in the third dam.

Contact us to make an enquiry about this colt.

Be sure to also join our mailing list for exclusive offers and updates on all our available horses in 2018.