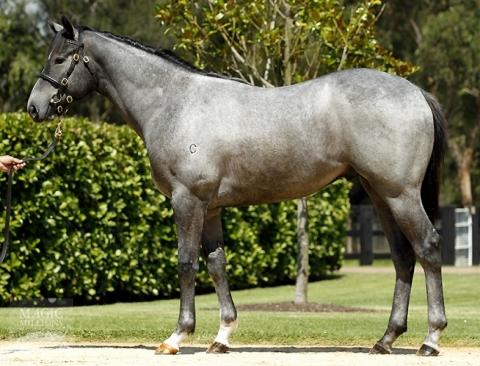 Promising SO YOU THINK three-year-old SO SPIRITED broke his maiden with a tenacious win at Newcastle on Tuesday.

After a sharp getaway from the outside barrier, Kerrin McEvoy had the initiative to position SO SPIRITED alongside the leader in the 1250-metre event.

Entering the home straight, the striking grey had challengers coming thick and fast but responded impressively to McEvoy’s urgings to win by 1-1/4 lengths.

Trainer Joe Pride has had a healthy opinion of the gelding and the manner of Tuesday’s win would suggest bigger targets are within reach.

Proven Thoroughbreds currently has four of SO YOU THINK’s progeny so it is pleasing to see the Coolmore sire starting to hit his straps with 19 winners this season.

SO SPIRITED was Proven Thoroughbreds’ fifth winner for 2017.