Greenspan Back In The Money! 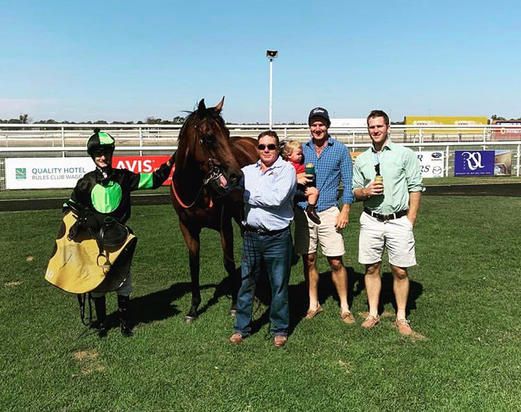 The Reliable Man four-year-old (out of Cross Rate!) was having only his third run for Goulburn trainer John Bateman and duly disposed of his rivals when stepping up to 1600m under apprentice Josh Richards.

There are no big plans for GREENSPAN who’s found form after a wind operation late last year.

Successful over 1600m at Newcastle as a three-year-old, the gelding is bred to run much further so John will look to place him to advantage in coming weeks.