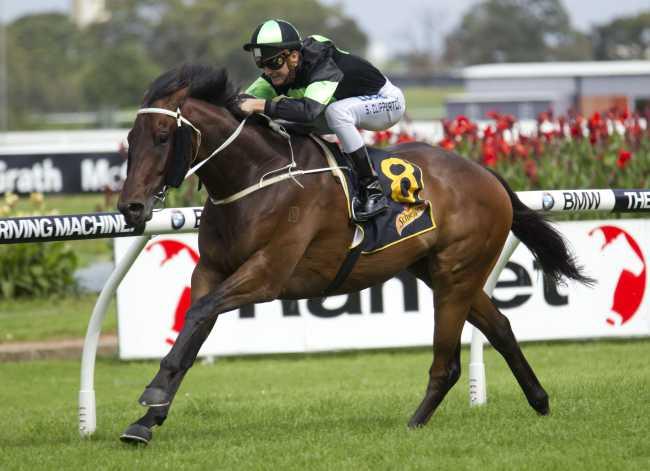 Wow! Who’d have thought Gamblestown would take such arrogant care of a Saturday B93 field after trailing in 8th of 14th in midweek company a couple of months ago! But Saturday’s 2.5 length victory at Rosehill was the horse’s third win in his last four starts and the most impressive.

The Darci Brahma 5yo had been a brilliant winner on debut at Kembla but that was over 2 years ago. After losing his way the following autumn when stretched in distance and running mainly on wet tracks, a hind fetlock issue was detected by vet Ken Jacobs necessitating a 16 month break from the racetrack.

Since returning in August the horse’s form has been mixed needing 4 unplaced runs before saluting at W Farm on September 5 when basically on final warning. A 7th at Randwick then preceded a courageous win at Rosehill when sitting 3 & 4 deep throughout. That win was franked by Saturday’s dominant performance under a lovely ride from Sam Clipperton.

Trainer Joe Pride now has to decide whether to persist with this 7 run prep or give the horse a well earned break. Suffice it to say, “The Town” is back!!!!