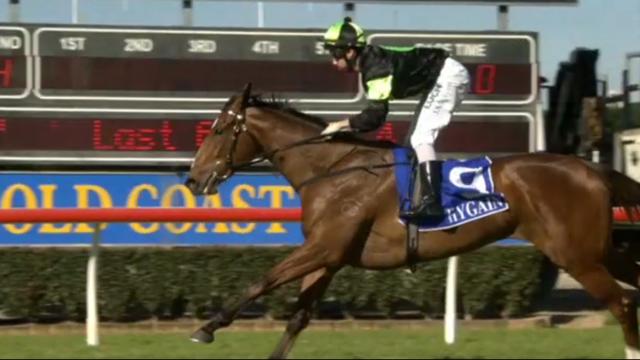 After bumping into Houtzen on debut last campaign, and then caught in the worst part of the track first-up over 1100m, FRANCISCA broke through stepping up to 1400m and relishing the better surface.

The Steve O’Dea-trained filly was held up for a run in the early part of the home straight but once she found clear running, the race was put to bed in a couple of strides.

A patient ride by Jordan Mallyon resulted in a comfortable two-length victory – representing Proven Thoroughbreds’ 21st winner for the year.

Steve O’Dea has a healthy opinion of FRANCISCA and based on Saturday’s performance, more wins are in store for the daughter of Lope De Vega.

FRANCISCA was purchased for $37.5k at the 2016 Magic Millions National Yearling Sale.